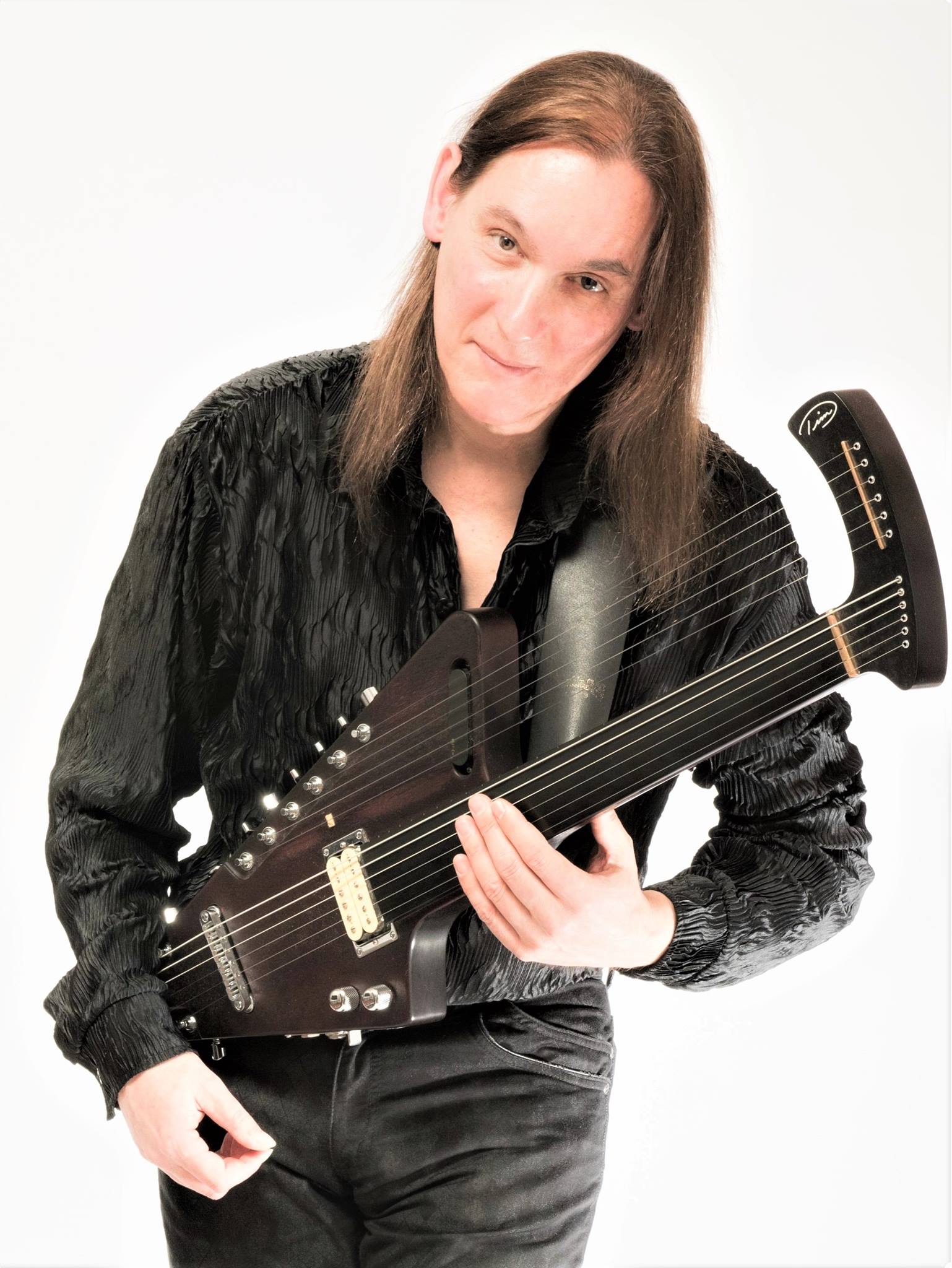 Electric harp guitarist Donahue is an alumnus of Boston’s Berklee College Of Music, as well as an EMI-Japan recording artist. In 1982, Tim designed and built his own fretless, and later fretted, harp guitar and eventually started touring Japan, where he now resides. Madmen and Sinners (2004) were among the noteworthy cd’s released by Donahue and his group.