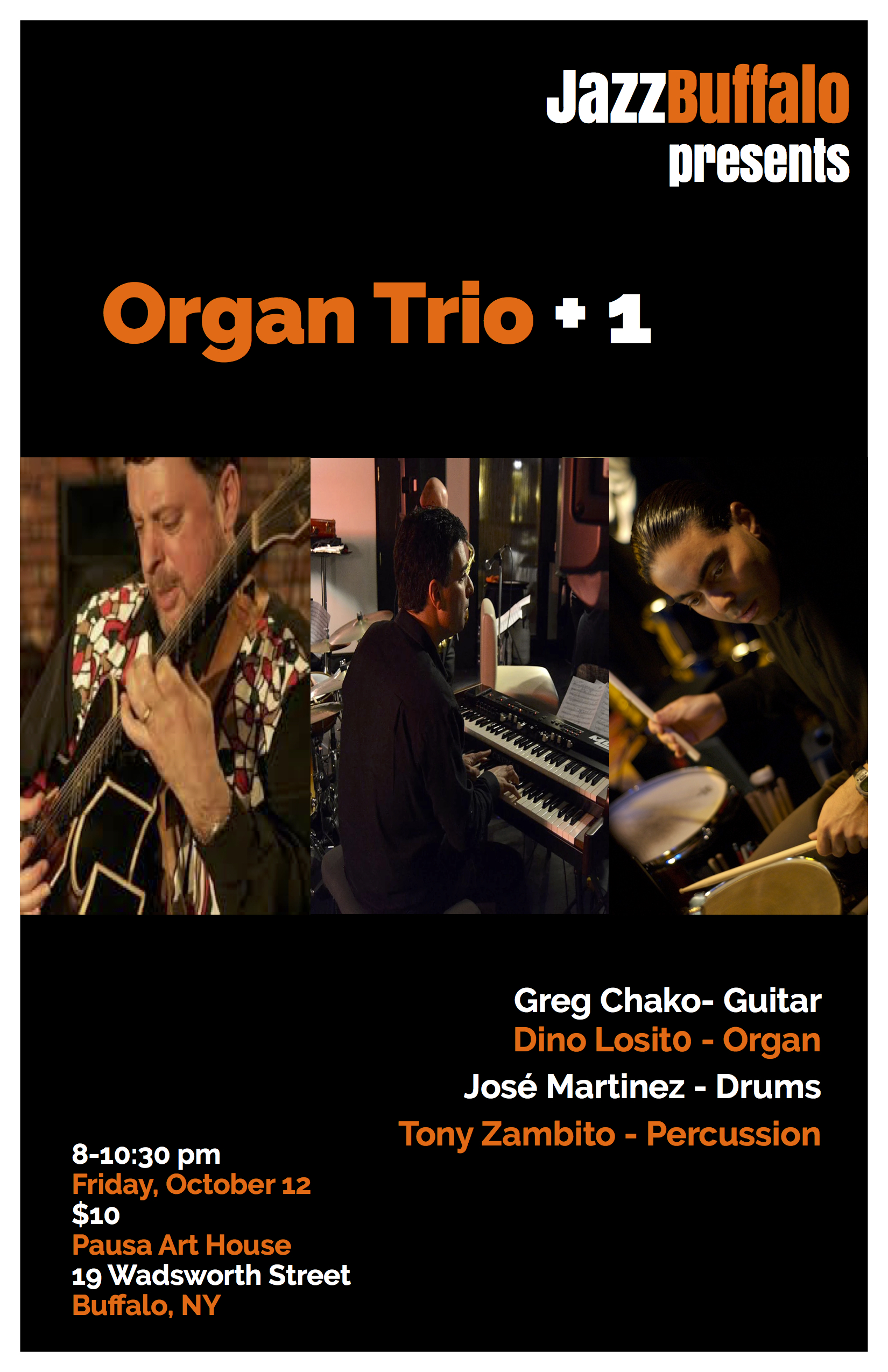 Guitarist Greg Chako has played with top artists like Junior Cook, Bill Hardman, Othello Molineaux, Johnny Lytle, Bobby Watson, Herb Ellis, Jimmy Raney, and others. His first CD ‘Everything I Love’ was recorded in Hong Kong in 1994. Two out of four subsequent CDs, Integration and Integration II were reissued as a set in 2015. Vince Lewis, who wrote for Just Jazz Guitar, said the music

“These two recordings are a jazz mosaic painted with the very best of cultural, ethnic, and musical sensibilities. That striking combination provides a sumptuousness and extensiveness in the music that is rarely found in any genre. I think it’s safe to say that Greg Chako and his magnificent band are one of the world’s best-kept secrets. The word is now out; don’t hesitate in seeking out this essential jazz experience!”

For this event, Greg Chako will be joined by organist extraordinaire Dino Losito.  Dino Losito has had the privilege of being under the tutelage of such notables as Norman Simmons, Harold Mabern, Rufus Reid and Pete Malinverni. Dino has performed at many notable venues throughout the country and abroad. Some credits include Blue Note, Birdland, NBC Rainbow Room, and Dizzy’s at Lincoln Center (NYC). He has also performed/recorded with such notables as Eric Alexander, Dave Liebman, Houston Person, Joe Romano, Don Menza, Wallace Roney, Harry Allen, Mickey Roker, Joe Magnarelli, Grant Stewart, Danny D’Imperio, Nancy Kelly, and many others. His CD release ‘Like That‘, as a leader, has received critical acclaim, and Dino has been featured on over a dozen recordings as a sideman. Losito’s ability to captivate audiences with his lyrical playing, sensitive melodies, and his infectious groove, has led him to be one of the most sought-after pianists and organists on the scene.

On drums, José Martinez, a prolific drummer from Seattle who has toured internationally with jazz ensembles and progressive jam bands, will join in for this special concert night.  Tony Zambito. will join in on percussion to augment the Organ Jazz sound.

Look for a fun evening of jazz as we introduce Greg Chako, Dino Losito, and José Martinez!