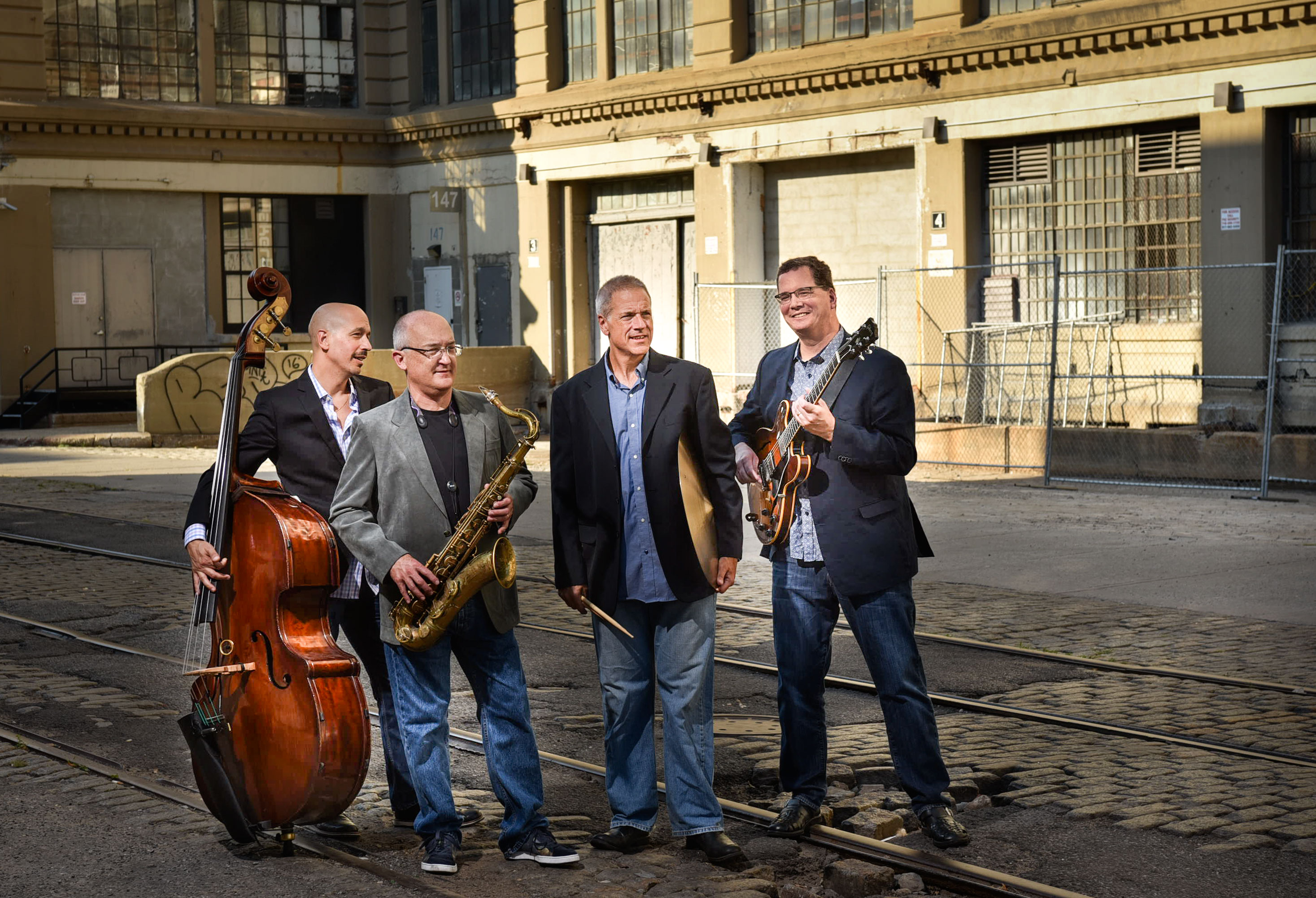 “Spin Cycle’s self-titled debut CD is an all-original program of 10 tunes—six by Christensen and four by Neumann—that captivate with bright melodic lines, deep-seated grooves, catchy rhythmic devices and sophisticated harmony. Improvisations run wild, as soloists embrace aggressive and daring ideas from the realms of modal jazz, free-jazz, second-line, and soul, not to mention good old-fashioned swing. A cohesive unit that commands an exceptional stylistic range and exhibits a go-for-broke attitude…..Spin Cycle has the potential to connect with a broader national audience as well as international listeners.” Ed Enright, Downbeat, 2016

“This is one seriously high octane release hard-charging, straight-ahead jazz fans will love. With chops and energy to spare, this is a set that certainly knows how to hit all the right notes.” Midwestrecord.com, 2016

Spin Cycle is led by saxophonist Tom Christensen and drummer Scott Neumann and plays an eclectic blend of hard-hitting original music composed by the members of the band, four veterans of the New York City freelance jazz scene. Each member has recorded multiple albums as a leader and played in the bands of many well-known jazz artists such as Joe Lovano, Woody Herman, Rufus Reid, Toshiko Akiyoshi, Maynard Ferguson, Jack McDuff and Lee Konitz. Formed in 2014, Spin Cycle is a collaborative band that can be lighthearted, serious, funky or abstract but always with a groove and without musical boundaries. A single song might contain influences from modal Coltrane, introspective free jazz, New Orleans funk or the no holds barred energy of punk.

The members of Spin Cycle Tom Christensen (Tenor and Soprano Sax) Pete McCann (Guitar) Phil Palombi (Bass) and Scott Neumann (Drums) came to New York City from California, Ohio, Wisconsin, and Oklahoma over 25 years ago and quickly became a part of the jazz scene. They are all experienced educators as well, serving on the faculties of Lehigh University, Nyack College, The New School and The City College of New York. They have been on scores of albums, won Grammys and published numerous books on jazz history and pedagogy. The band’s first CD was released in May 2016 to critical acclaim in Downbeat and many other jazz publications. The band’s second CD “Assorted Colors” was released in April 2018 and has already received rave reviews in Downbeat and several other publications.

From the moment the group dives head first into the leadoff track, the playful angular and hard-swinging “Break Tune”, the intensity never relents until Christensen completes his exhilarating tenor workout on the athletic closer “Fit Bit”. Characteristics that made the groups initial release so appealing – strong melodic hooks, rock-solid grooves, advanced harmonies and aggressive, deftly executed improvisations – have been refined by two years of intensive touring and are displayed even more cohesively on “Assorted Colors”. Spin Cycle is on a roll with momentum to spare.