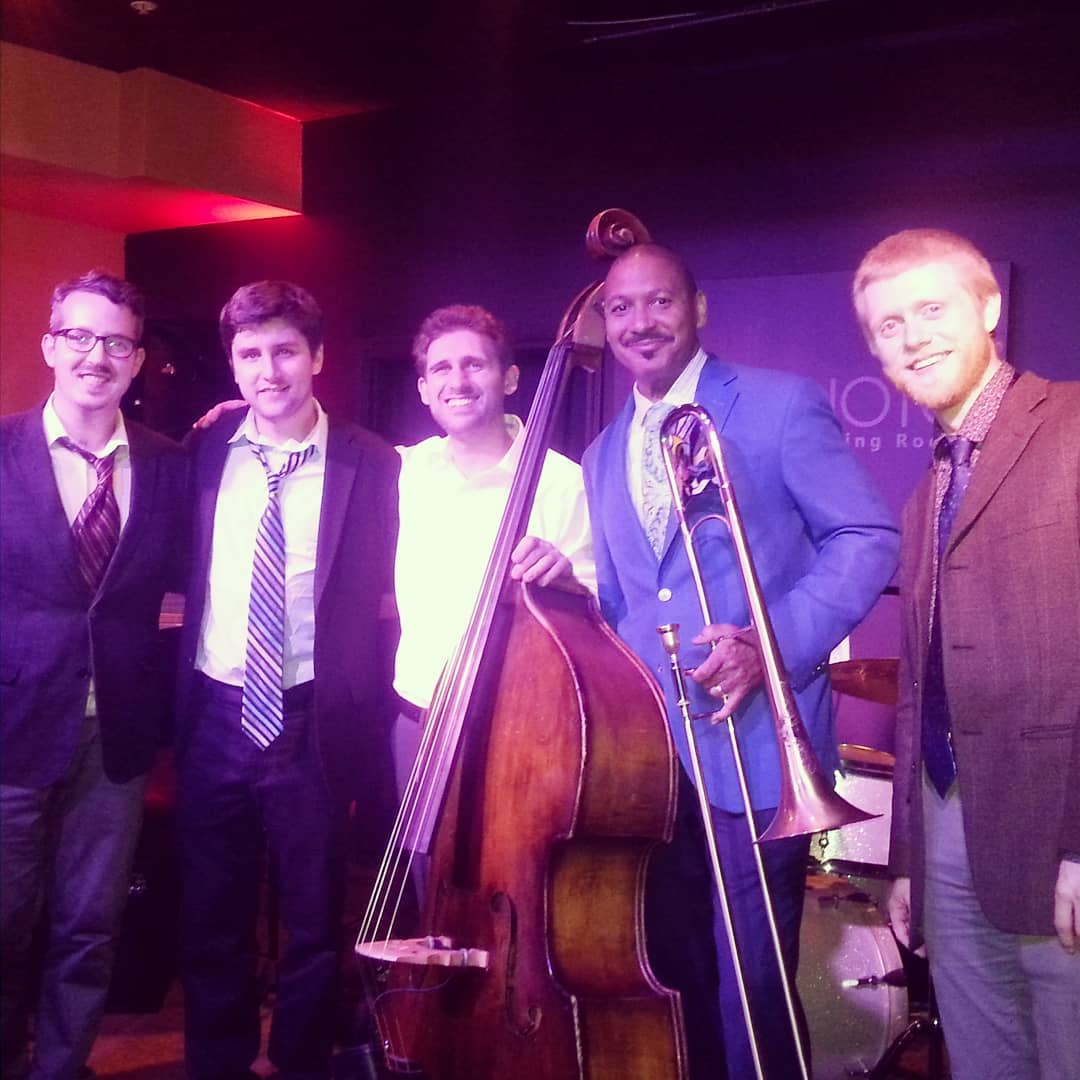 B’s Bees bring to Buffalo and Pausa Art House not one, but two new albums for 2018. Their first, a tribute to the great Charlie Haden, and aptly titled “Dear Charlie”, has been selling strongly since it’s Jan. 2018 release, and reached #4 on iTunes Canada’s Jazz Charts. The album contains compositions that span Charlie Haden’s illustrious career and includes several selections from his Liberation Music Orchestra repertoire, arranged in a new and exciting way.

Their second 2018 release, titled “Kanata” was released on April 20. The album contains a suite written by bandleader Brandon Goodwin titled Kanata Suite and is an ode to his home country of Canada. This U.S. tour that brings the group to Buffalo will be their second foray into the country. They first came from Montreal to New Orleans, to work with producer Delfeayo Marsalis, before heading back to Montreal to record their two new records. The group is pictured above from their recent performance with Delfayo Marsalis at the Velvet Note in Atlanta. For their performance here in Buffalo, the group will be performing a mixture of music from both of their new albums.  This also is rare homecoming visit for bassist Alec Safy!

“B’s Bees carries on the Hard Bop torch passed down from Art Blakey & the Jazz Messengers and Thelonious Monk with reverence and imagination. Not content to simply imitate, the band, under the leadership of Brandon Goodwin, forges ahead with strong writing and accomplished arrangements. Live on stage, they’re poised and professional, and they pack all the punch of veteran straight-ahead jazz musicians.”
Larry Stahlberg, Host of Jazz Straight Ahead, WERU-FM

“Get your dose of Hard Bop – Your best shot is with Montreal’s B’s Bees!”
Colette Schryburt (Host of Coco Jazz CFRG 93.1FM Montreal)

“If the sound of Montreal jazz group B’s Bees reminds you of Art Blakey’s Jazz Messengers, it might be because of the similar spirit.”
(Ron Netsky, Rochester City Newspaper)

What follows are two video clips, one for Dear Charlie and one for Kanata.  Certainly, world-class jazz not to be missed: