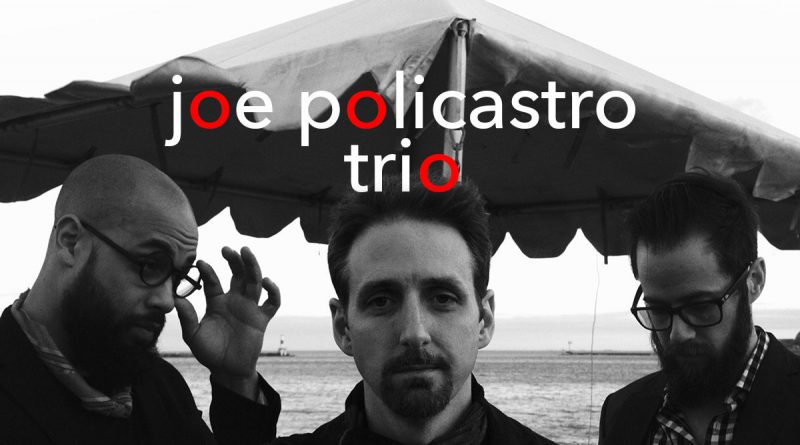 The Joe Policastro Trio is a Chicago-based jazz trio led by bassist Joe Policastro featuring guitarist Dave Miller and drummer Mikel Avery. While firmly rooted in jazz, the band’s open-minded, inclusive nature also brings rock, soul, funk, Brazilian, and free jazz to the surface while keeping the aesthetic of an acoustic jazz trio intact. Their third album, Screen Sounds (JeruJazz Records, August 11, 2017), is an assemblage of movie/TV music re-imagined by the trio. Both a musical tapestry and personal soundtrack, the trio has re-purposed these selections blending each member’s unique voice into a unified sound while shedding new light on these musical touchstones. Other releases by the band include 2013’s West Side Story Suite For Jazz Trio, and 2016’s POPS!, also on JeruJazz Records.

Known for its eclectic taste and approach, the Joe Policastro Trio “makes the case that such musical hybridity is worth celebrating.” “Policastro…is a melody-minded bassist who prioritizes group cohesion over individual displays of virtuosity.” – Brian Zimmerman, Downbeat

“There are always new wrinkles to be found in the familiar. That’s a political stance that seems to serve the Joe Policastro Trio well…putting alternately gritty and focused touches on songs we’ve come to love….Policastro and company have found their niche tapping into different breeds of treasured songs.” – Dan Bilawsky, All About Jazz

Check out the article from Buffalo Rising also!

Buffalo jazz lovers will have another chance to catch the Chicago-based Joe Policastro Trio, thanks to the giant success of the group’s stopover to Buffalo last year, […]