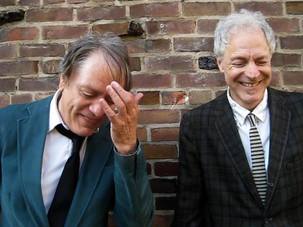 Joe Rozler and John Lombardo return to the Pausa stage. John Lombardo was an original member of 10,000 Maniacs and co-wrote most of the early Maniacs songs. He returned to the group in 1994 and picked up where he left off by writing and shaping the band’s music for two albums, Love Among the Ruins (1997) and The Earth Pressed Flat (1999). Joe Rozler was inducted into the Buffalo Music Hall of Fame in 2008. He is forming partner of The Party Squad and is recognized as one of Buffalo’s top studio musicians as a vocalist, guitarist, and keyboard player.