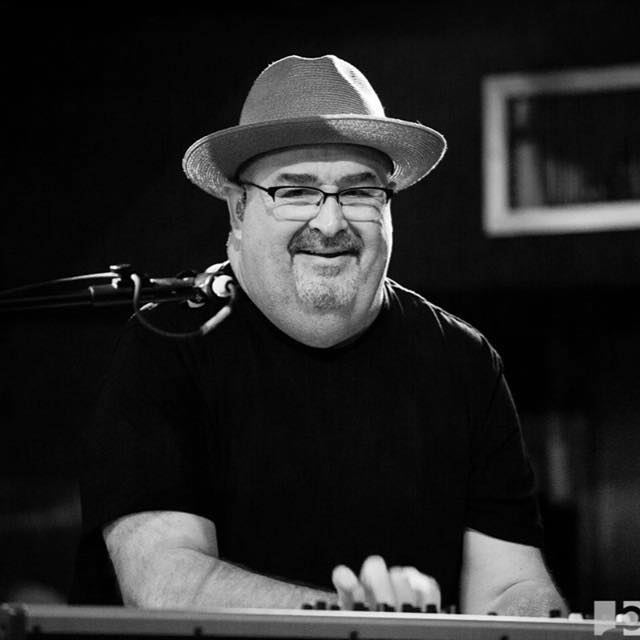 About John Papa Gros:
Born in New Orleans, John “Papa” Gros has spent more than a quarter-century championing the music of the Big Easy. He’s played it all — New Orleans funk, rock & roll, jazz, blues, Americana, pop/rock, and he swirls those styles into a genre-bending gumbo that pays tribute to his influences while still pushing ahead into new territory. Like Allen Toussaint and Dr. John, Gros is a proud local who carries on the tradition of New Orleans music, both honoring its past and helping to shape its future.

After kicking off his career as an organist and pianist, for George Porter Jr.’s Runnin’ Pardners, during the 1990s, Gros formed the funk group Papa Grows Funk in 2000. The band held down a weekly performance at the famous Maple Leaf Bar for 13 years, mixing the smooth sophistication of a jazz quintet with the wild, anything-goes spirit of Mardi Gras. Fans and tourists crowded the bar every Monday night, looking for Papa Grows Funk to dish out a greasy, groove-heavy serving of Big Easy funk. The band delivered, releasing six critically-acclaimed albums, including Needle in the Groove, which was co-produced by Nola legend Allen Toussaint, and a 2015 live record that captured Papa Grows Funk’s last Monday night at the Maple Leaf Bar. Through touring around the world, they carried the torch of New Orleans’ music scene to far-flung places.

Papa Grows Funk called it quits in 2013. Gros (pronounced “grow”) kept playing music, landing work as a sideman for many Nola artists, including Better Than Ezra, Anders Osborne, The Metermen, Raw Oyster Cult, and Bonerama, and playing organ during a pair of all-star tributes to Dr. John and the Neville Brothers. Finally, Gros began focusing once again on his solo career, which he’d kicked off in 2004 with the album Day’s End, and by prepping a second solo record that focuses on the full range of his musical influences and abilities.

He’s been a sideman. A bandleader. A frontman. A solo artist. A singer. An instrumentalist. The roles have been varied, but the goal remains the same: to honor the music he’s been living his whole life, and to add his own page to New Orleans’ history book.

“John “Papa” Gros is a bedrock New Orleans artist, a keyboardist, singer and songwriter who draws on funk, rhythm & blues and Americana songcraft; he also knows his way around the Mardi Gras music repertoire about as well as anyone.” – Keith Spera, The Advocate, July 2017