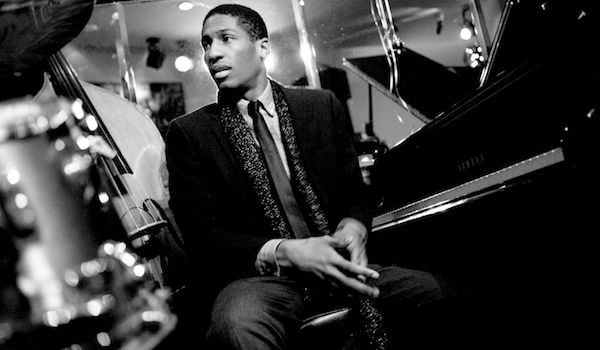 Jon Batiste spent his 33rd birthday playing an intimate, private concert with his band in the round while Jazz Night in America captured the show. He kept it classy, donning a suede jacket and playing selections from his two latest Verve releases, Chronology of A Dream and Anatomy of Angels.

You probably know Jon Batiste as bandleader and musical director on The Late Show with Stephen Colbert. But his credentials are deep as the roots of the Batiste family tree. He’s the co-artistic director of the National Jazz Museum in Harlem, and has been a collaborator with everyone from pop singer Tori Kelly to the Jazz at Lincoln Center Orchestra. He’s graduate of both the New Orleans Center of the Creative Arts and the Juilliard School, and an alumni of both Wynton Marsalis‘ and Roy Hargrove‘s bands.

For the past decade, he’s developed his version of “jazz 2.0,” which includes what he calls “social music.” Its lineage stems from Batiste’s native New Orleans but also runs through his adopted hometown of New York City, thanks to elders like Lionel Hampton and Dr. Billy Taylor, who brought jazz from the concert halls to the streets. But Batiste is also a part of yet another lineage: jazz musicians in late-night television. On our radio show — with help from Batiste’s Late Show predecessor Paul Shaffer, its current Executive Producer, Chris Licht, and NPR television critic Eric Deggans — we’ll trace some of that history, learning how Jon Batiste developed his role.