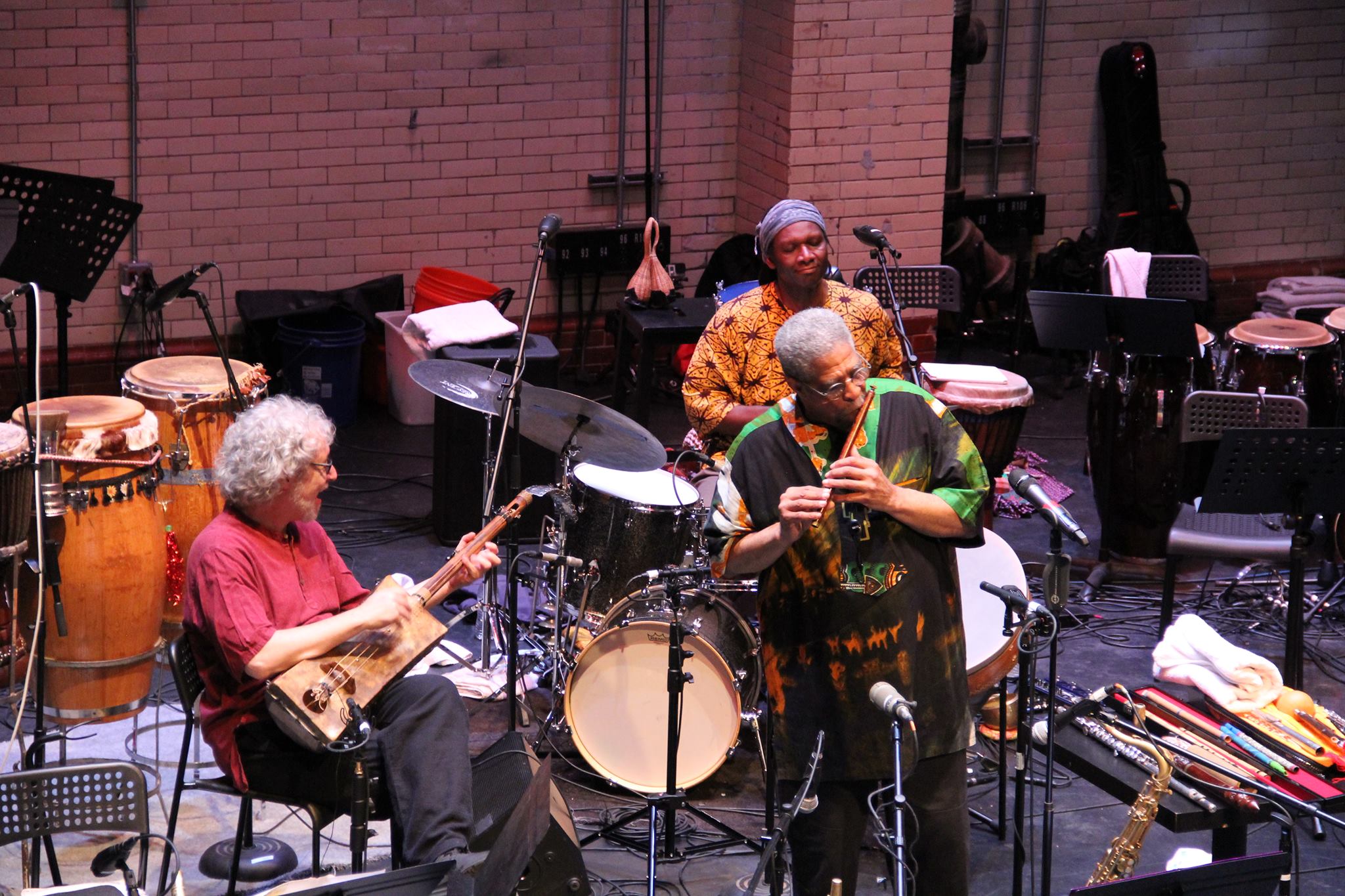 “Bristling with energy but balanced with moments of uncanny serenity..laced with transcendent funk grooves and virtuosic soloing.” – Downbeat Magazine

With Karuna, Hamid Drake, Ralph Jones and Adam Rudolph bring their unique and evolved rhythm and sonic languages to the fore, reaching to inspire any audience though spirited dialogue. The name Karuna reflects their ongoing research into the connection of the inner life to musical expression and speaks to the idea of creative action as a gesture of compassion.

Hamid Drake and Adam Rudolph met at the age of 14 years old in a downtown Chicago drum shop. For the past 40 years, their shared love for rhythms and musics of the world has taken them around the world in performing together with Fred Anderson, Don Cherry, Yusef Lateef, Pharaoh Sanders, Hassan Hakmoun, Hu: Vibrational, Mandingo Griot Society, and Adam Rudolph’s Moving Pictures among others.Their shared Chicago roots and the creative outlook, longtime global music research and performing experience have allowed them to forge a uniquely shared musical understanding and creative outlook. As Drake reflected upon their influence upon each other, “I have been developing a hand drum concept on the drum set while Adam says he is developing a drum set concept on his hand drums. We understand one another.”

Rudolph and Jones’ partnership dates back more then thirty years to the 1974 Ann Arbor Blues and Jazz Festival, where they performed on a bill that also included Sun Ra and James Brown. They were brought together by trumpeter Charles Moore, with whom they later cofounded the Eternal Wind quartet.

“I feel the most complete sense of understanding with Ralph,” Rudolph says, “which means that we have a profound kind of freedom. We understand each other on a creative level and on a philosophical level. I like to work with musicians who understand what I’m doing, not just musically but metaphorically.”

Rudolph refers to Jones as “the greatest woodwind player you may not have heard of,” and the description is apt. Jones’ wide-ranging career has included recordings and performances with the likes of Yusef Lateef, Pharaoh Sanders, Ahmed Abdul Malik, Ella Fitzgerald, Wadada Leo Smith, Ken Cox, and Detroit’s MC5.hall