An event every week that begins at 7:00 pm on Saturday, repeating until Saturday, August 15, 2020

An event every week that begins at 7:00 pm on Thursday, repeating until Thursday, November 12, 2020 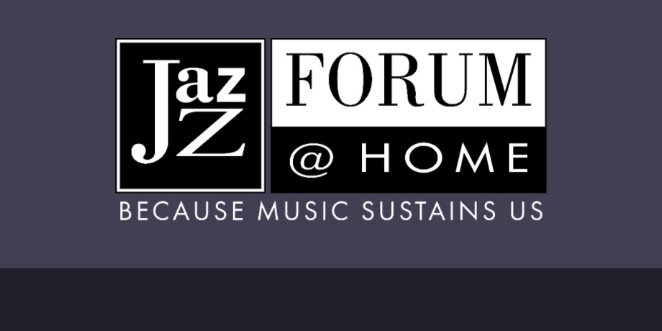 Go to this link at the time of the broadcast: https://www.facebook.com/jazzforumclub/live

The legendary Dr. Lonnie Smith describes her this way: “Akiko’s playing is like watching a flower blooming, a bird spreading her wings in the music world. Akiko is here to stay.” Since landing in the mecca for jazz, New York City, Akiko has been embraced not only by audiences, but by her fellow musicians, as one of the top organ players in the city. She has shared to stage with Jimmy Cobb, Frank Wess, and Lou Donaldson to name a few.

Watch the show from the stage, the sides or the front row. We can ship you a VR headset so you can experience concerts in a completely new way. We are trying to help the artists by creating a series of concert events that River Spirit Music in association with MUSAE will be offering through a new 360°/VR platform. The live events will include extra features provided by the artist to make the show an unforgettable experience. The VR Headset is included in all ticket purchases $25 and up.

What do Miles Davis, Luther Vandross, Sting, Roberta Flack, Whitney Houston, Chaka Khan, George Benson, Michael Jackson, David Sanborn, Vanessa Williams and hundreds of other legendary artists and musicians have in common? They have all worked with Grammy Award-winning producer, keyboardist, composer, arranger and synthesist Jason Miles. For 46 years, Miles has contributed his vast array of talents and deep musicality to the success of these and countless other superstars and independent artists. From his groundbreaking work on Miles Davis’ Grammy-winning 1986 Album, “TuTu” and eight albums with Luther Vandross (including his Grammy-winning hits “Here and Now” and “Power of Love/Love Power”) to his Grammy win for producing Sting (who won Best Male Pop Vocal in 2000 for “She Walks This Earth” from the highly celebrated all-star album ”A Love Affair, The Music of Ivan Lins” ) Jason has been a powerful creative force behind some of music’s most extraordinary moments. Jason now celebrates his multifaceted career with a one-man show entitled, “The Extraordinary Journey of Jason Miles: A Musical Biography.” The retrospective is built around a solo musical performance of Jason playing keyboards, enhanced with one of a kind, in the moment first-hand stories and colorful anecdotes of the professional and personal relationships he had and continues to have with many music legends. Jason’s unique gift of storytelling and his musical virtuosity make this a fresh and entertaining show, which coincides with the release of his highly anticipated upcoming companion book “The Extraordinary Journey of Jason Miles…A Musical Biography” and his new solo piano/keyboard-based album Just For You.

Go to this link at the time of the broadcast: https://www.facebook.com/jazzforumclub/live/