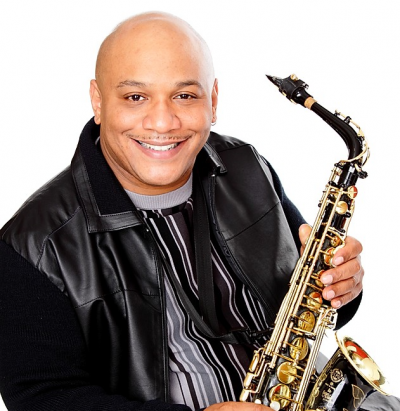 Kevin grew up in Buffalo New York in a very diverse melting pot of cultures which had a huge impact on who he is today. Learning to appreciate all types of music and taking pieces of music from all cultures putting them together and composing a sound that people can love and enjoy. The fact that Kevin comes from a musical family has also helped him become the great musician he is today.

Kevin has opened for such groups as Pieces OF A Dream, appeared with Fred Hammond and The RFC on Fox Family Network, and was the original saxophonist for the nationally touring Dave Matthews tribute band The Dreaming Tree. Kevin is in the middle of recording and releasing his first-ever solo cd project “Hallism”.

Kevin just released his latest track called Why Not featuring veteran guitarist Master Nils. When asked what inspired him to write the song Kevin stated, “I remember talking to my friend before I released it, we were just talking shooting the breeze, and I was just joking around saying maybe one day I’ll win a Grammy my friend looked at me dead serious and said why not?” Kevin, who has experienced the loss of loved ones and life’s challenges like many of us, has continued to press on to become one of the best saxophonists of all time.

He has learned when life throws you a curveball you must pick up the ball and throw it back. “If I don’t put music out there, I know what’s going to happen nothing but, when you put yourself out there and take time to invest in yourself and start to believe in yourself the possibilities are limitless,” said Kevin. The song “Why Not” is on all musical platforms you can download and listen to it. I have and the song is beautiful.

(Write up from The Official Black magazine)