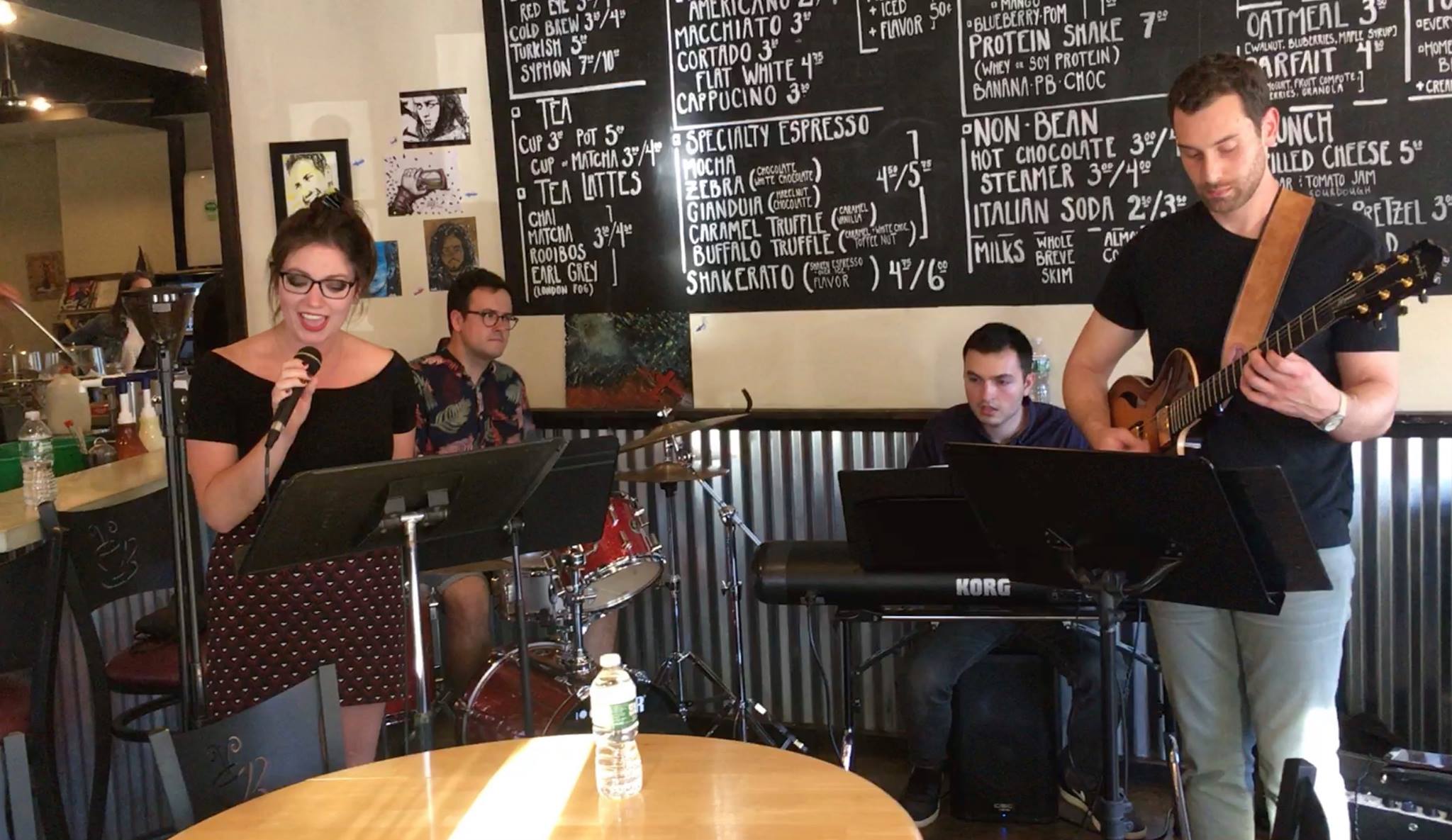 Kristen Smigielski:
Kristen Smigielski is a vocalist currently based in Buffalo, NY. She sings a diverse range of music, from Jazz and Pop, to Classical and Contemporary. Kristen has performed at many events, venues, and festivals around Western New York and beyond. She completed her Master of Music in Voice Performance from the University at Buffalo, having received both the Baird and Opera Scholarships. Additionally, she studied choir conducting, and received a scholarship to attend the Harold Rosenbaum International Choir Conducting Institute. She has taught voice and piano privately for years, and was also a Teaching Assistant in voice with the Music Department at Buffalo State College. She is a member of the JazzBuffalo Advisory Council, and currently performs in many local groups, as well as her own Jazz combo.

Vanessa Collier:
Master musician and multi-talented blues performer, Vanessa Collier, was recently nominated for a 2017 Blues Music Award (BMA). The Philadelphia based vocalist/saxophonist/songwriter is currently on an 11 country European tour with Ruf’s Blues Caravan, alternating between tour legs in Europe and touring back in the U.S. with a talented 5-piece band, throughout 2017. With searing saxophone solos, soulful vocals, and witty lyrics, Vanessa’s songwriting takes you through an engaging blend of blues, funk, rock, and soul in an exceptionally entertaining, high-energy performance.

A graduate of the Berklee College of Music, Vanessa’s alluring vocals and stinging saxophone work saw her light up stages as part of Joe Louis Walker’s band (2012-2013), while her 2014 debut album Heart Soul & Saxophone was declared “magnificent” on Dan Aykroyd’s blues radio show, winning her accolades as a Best of 2014 Blues Breaker.

With the success of her debut album and her charismatic live performances, Vanessa has been in demand touring throughout the world and is excited to celebrate the March 2017 release of her highly anticipated sophomore album Meeting My Shadow.

Vanessa also maintains a private saxophone studio teaching around 30 students per week. She volunteers her time in schools in Pennsylvania, Delaware, and Maryland; serves as an adjudicating judge at solo & ensemble festivals; and offers jazz, blues, and saxophone clinics throughout the United States.