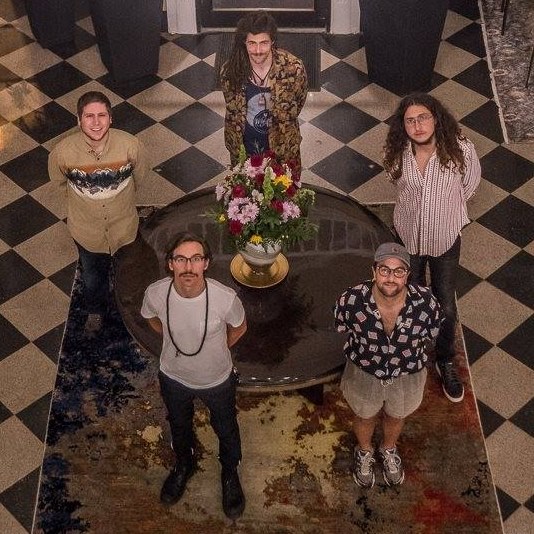 Let’s Be Leonard (Saratoga Springs, NY)
Let’s Be Leonard is a rock ‘n roll jazz explosion out of Upstate NY that bursts at the seams of tight, lyrical pop ballads with a daredevilish, looney jam band quality that’ll hook you like a lil fish. A full­fledged caravan, all five band members quit their jobs, invested what money they had into equipment and a tour bus, and have been living together in a music­centric collective lifestyle since early 2015.

Omeri Monroe & The Poppas Crates
Omeri, is a fantastic artist, singer and song writer. Inspired by the 70’s R&B and pop classics constantly playing on the radio in the background at home. at an early age began singing along and cultivating his own sound. Shortly after he began writing his own lyrics and entertaining his friends. Growing up in the inner city of Buffalo, New York, his turbulent teen years brought about new experiences and aspirations of dancing and performing professionally. He spent time developing his dance skills and eventually auditioned for Americas Best Dance Crew. Continuing down the pathway of the aspiring entertainer he purchased his first guitar and continued to write.

$5
21+ unless accompanied by a parent/guardian