Lights Up! Jazz Brunch with JazzBuffalo and Paul Hage and Mirage at Hotel Henry 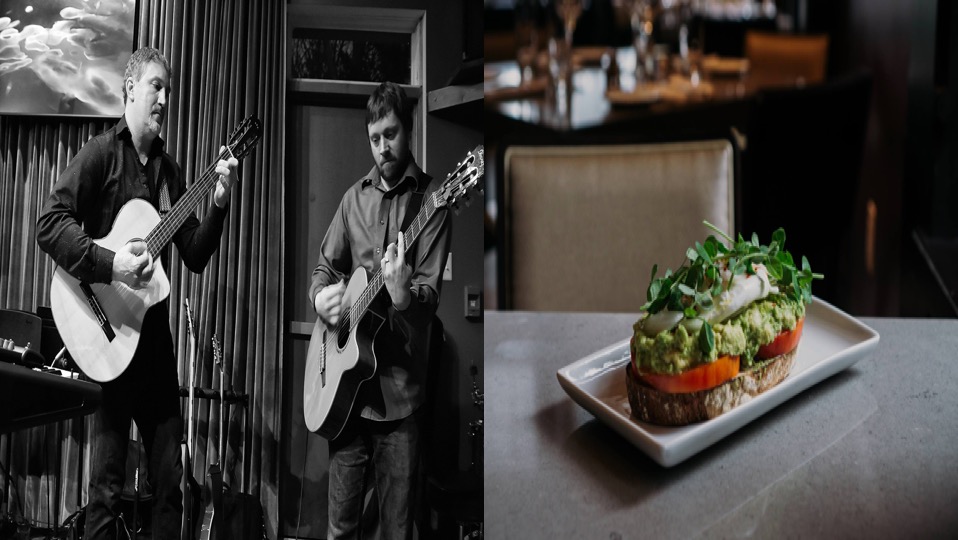 LIGHTS UP! Brunch is good, but Jazz Brunch is great; brunch is good, and brunch featuring a new menu is better. 100 Acres is working together with JazzBuffalo to bring live music by Paul Hage Mirage Band to a special Lights Up brunch. 100 Acres: The Kitchens at Hotel Henry will be launching a new brunch menu featuring seasonal ingredients.

Brunch at 100 Acres quickly fills up and reservations will guarantee you a table.

https://www.opentable.com/r/100-acres-the-kitchens-at-hotel-henry-buffalo
After brunch explore Hotel Henry while enjoying the mimosa bar in our second-floor communal space.

Paul’s main instruments are lead guitar, keyboard, Oud, and the derbaki (darbuka) drum, which he is considered one of the top players of this instrument in the country.

Paul’s main musical influence was his father Antoine Hage, who was a virtuoso Oud player, violinist, composer, and singer.  Antoine worked with famous and legendary artists of the Middle East, such as Fairouz and Wadih El Safi, as well as Danny Thomas here in the US in the 1950s-1960’s. Antoine’s band was the featured performer for the King Tut National Exhibition in California.  Paul’s parents Antoine and Teresa, opened the famous Hajji Baba Restaurants starting in 1961 in Syracuse NY, and in San Diego from 1969-2003.  These acclaimed and endearing supper clubs featured Lebanese food, live folkloric music, singing and dancing every week. It was in this environment that Paul performed on stage from the age of 11, and learned many unique scales, rhythms, and genres of music.

Paul’s education includes an MFA Masters of Fine Arts degree from the University at Buffalo in Documentary Film production and Bachelors of Science from Syracuse University’s famed Newhouse School of Communications. Paul is currently working on a new album, slated for release in mid-2018!

Dan Innes is Mirage’s rhythm guitar, bass, and electric guitar player!  A Buffalo native, Dan studied at the State University of New York at Fredonia earning a Bachelors of Arts in audio production and works as a sound engineer in commercial and VR production.