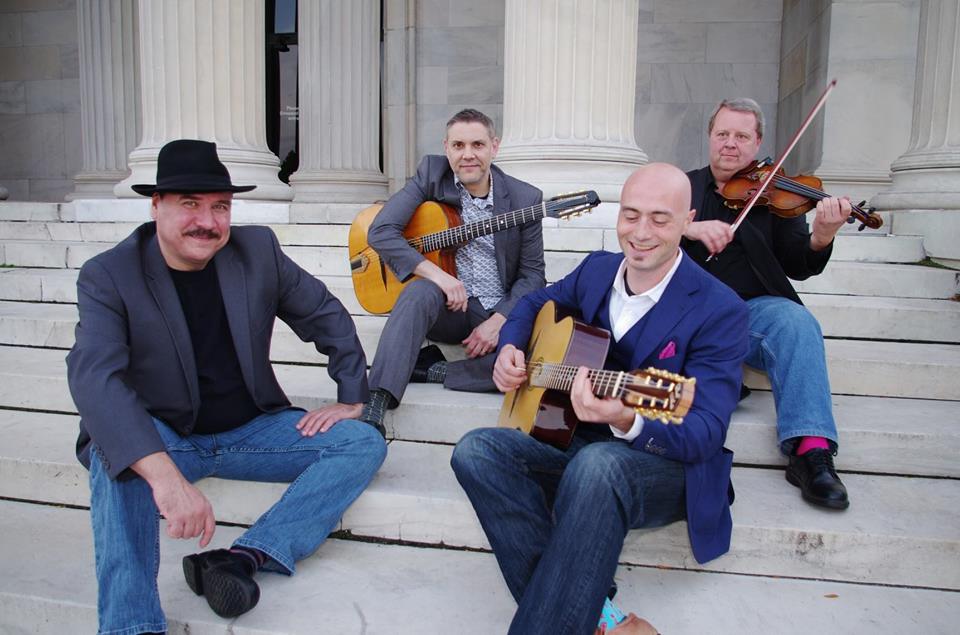 The Hot Club of Buffalo is the region’s premier Gypsy Jazz Band.  The band pays homage to the music of Gypsy Jazz greats Guitarist Django Reinhardt and Violinist Stephane Grappelli with influences from artists like Bach, Jimi Hendrix, and Steely Dan and rhythms from styles like Bossa Nova, Choro, and Rhumba.

What is Gypsy Jazz? 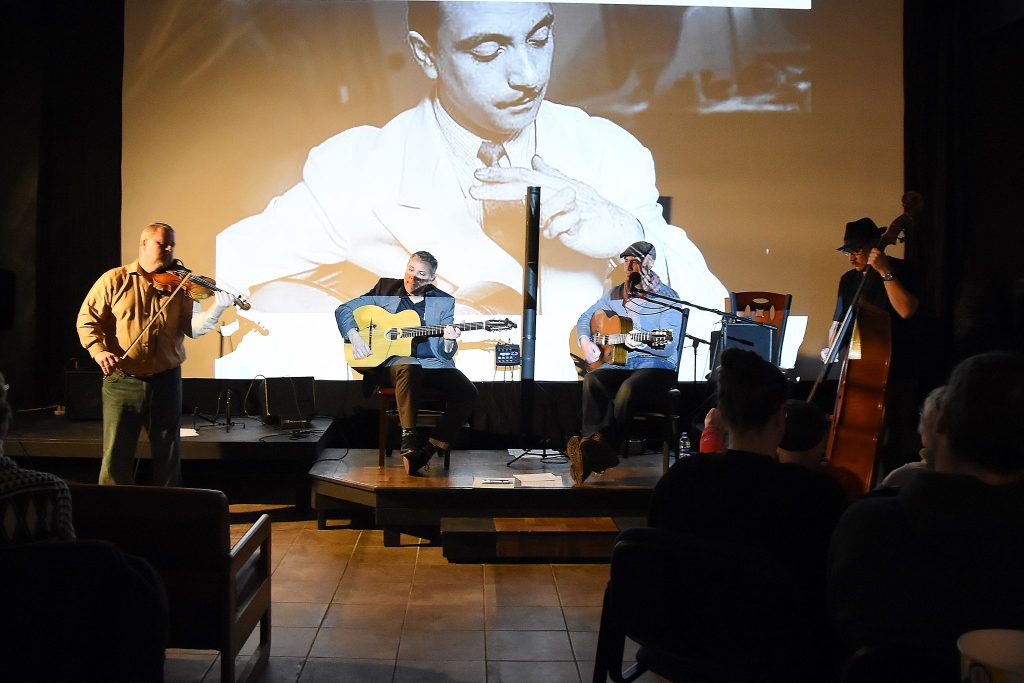 The music is performed entirely on acoustic instruments. The rhythm guitar takes the place of a drum set. The guitars, strings, and even the picks are specially chosen to get that unique gypsy sound!

The Hot Club of Buffalo members are: 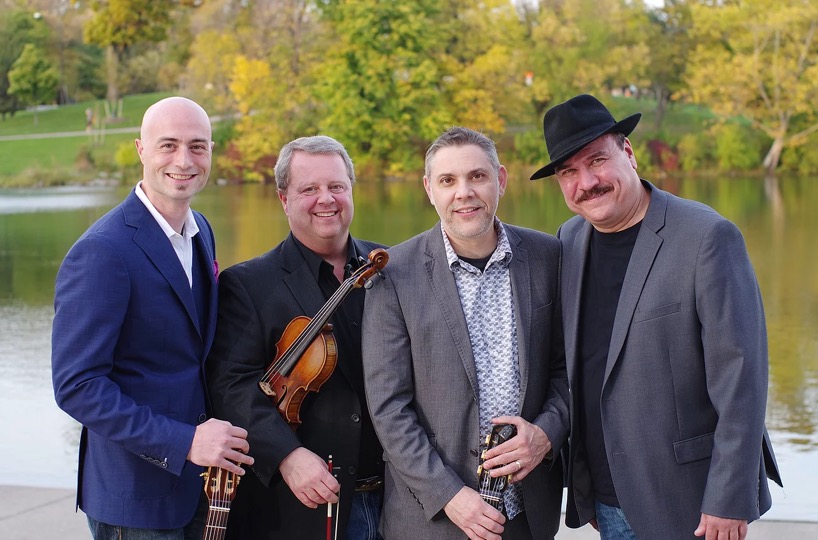