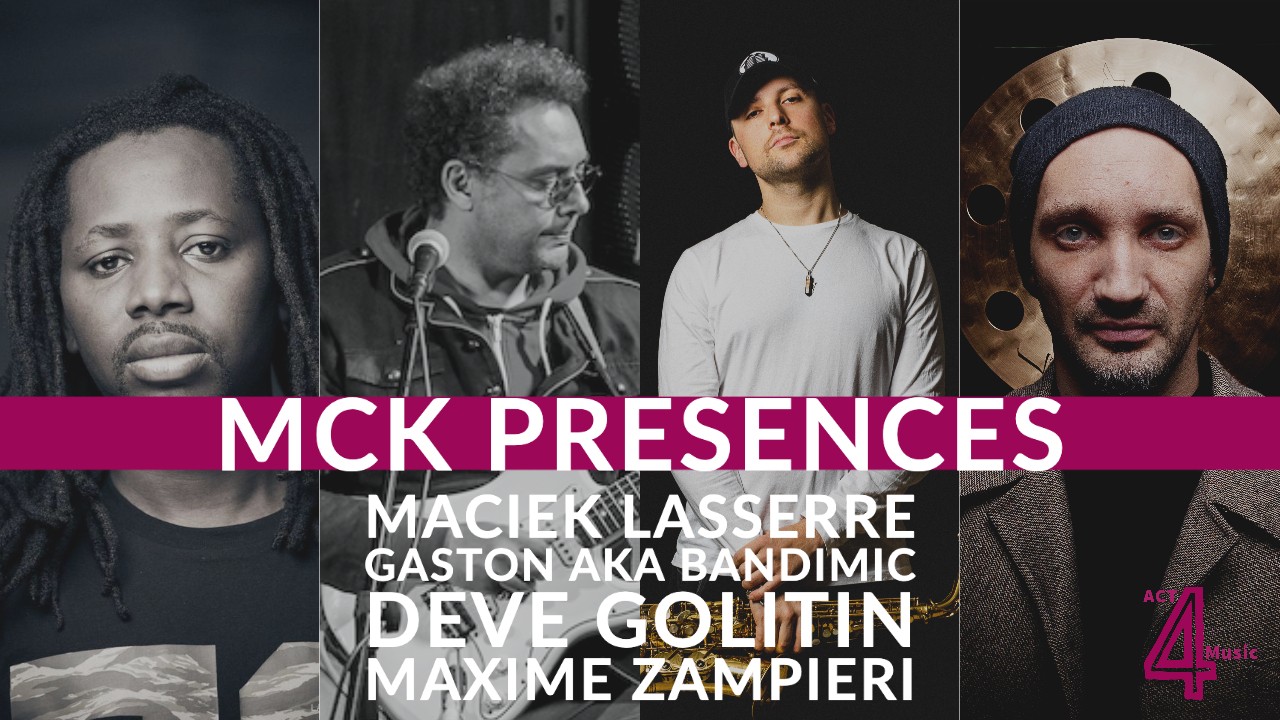 MCK Presences featuring Maciek Lasserre (Sax, Programming), Gaston AKA Bandimic (vocals), Maxime Zampieri (drums) and Deve Golitin (Gtrs).
I’ve had the chance to film Maciek Lasserre’s MCK Projekt on a few times in the past and I’ve been really impressed by the mix of flavours this group offers. For this special occasion I thought it would be great to have each musician’s give a take on MCK’s music on a solo setting.
Each musician will play a few tunes from the MCK’s albums and add some more personal compositions.

A musician with unique creativity, Maciek Lasserre emerged onto the Paris scene and internationally playing with contemporary jazz and experimental hip-hop projects. 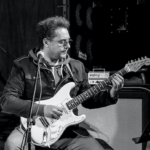 Deve Golitin is a non academic guitar player. Born in 1973 in Castres (France) ,his father is from French Guyana and his mother from French britanny. Deve’s approach of playing the guitar is unique and new says drummer Stéphane Galland from the legendary belgian band AKA MOON. He has also created new ways of writing and creating compositions. Institutions (University, Jazz Schools) often ask him to teach and explain his views. Many talented musicians with him: Tomas Gubitsch; Stéphane Galland; Nelson Veras; Magic Malik; Paul Rogers; Seamus Blake; Linley Marthe; Dominique Di Piazza; Magic Malik; Marc Cary… Deve is very closed to Detroit scene where he lived severals months. He played with fantastic musicians in Detroit, even with the great saxophonist Larry Smith. Deve uses to say “I’m the french detroiter”! Deve’s musical work is axed on the combination of analysis and intuition, philosophy and spirituality. A few words that give an idea of the simplexity of Deve Golitin’s musical art’