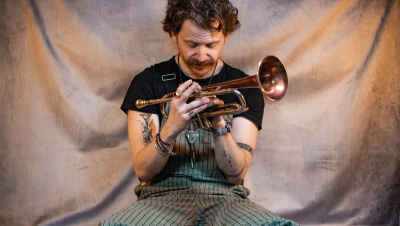 Born in Toronto and raised in Buenos Aires, Michael relocated to New York City in 2012, where he studied with Laurie Frink, Alan Ferber, Brad Shepik, Ralph Alessi, and Mike Rodriguez. Michael has performed at some of the most iconic international stages, including the Montreux Jazz Festival in Switzerland, the Kennedy Center in Washington DC, Getxo Blues Festival in Spain, Teatro Colón in Argentina, and at some of New York City’s most beloved venues such as the Blue Note Jazz Club, Jazz at Lincoln Center, BRIC JazzFest, The Beacon Theater, and Central Park SummerStage.