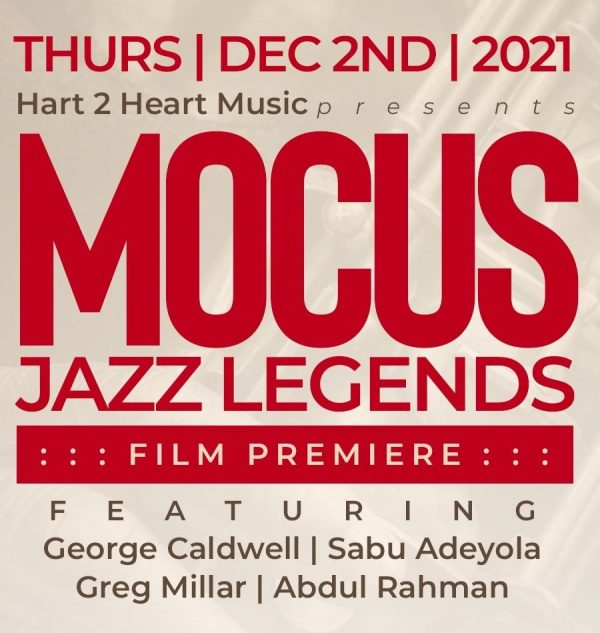 On the evening of December 2nd, the film premiere of MOCUS: Jazz Legends featuring George Caldwell, Sabu Adeyola, Greg Millar, & Abdul Rahman will take place.  The film depicts the four performing as a group for the first time.   History was made as they had never performed together in an entire performance.

The first portion of the evening is the film concert featuring the quartet, of both their original compositions and jazz standards dating back to the early times of the genre. (George Caldwell of the Count Basie Orchestra, Sabu Adeyola of Mingus, Ahmad Jamal, Pat Metheny, & more, Greg Millar of Charles Earland, Spro Gyra & more, & Abdul Rahman who started with Dizzy Gillespie as an early teen.)

The 2nd portion of the evening is the first-hand stories of these heroes to our Jazz Ancestors.

There will be a short discussion afterward whereas some of the audience members will be able to ask questions and give feedback.

A cash bar and small food options will be available for purchase inside the theater. 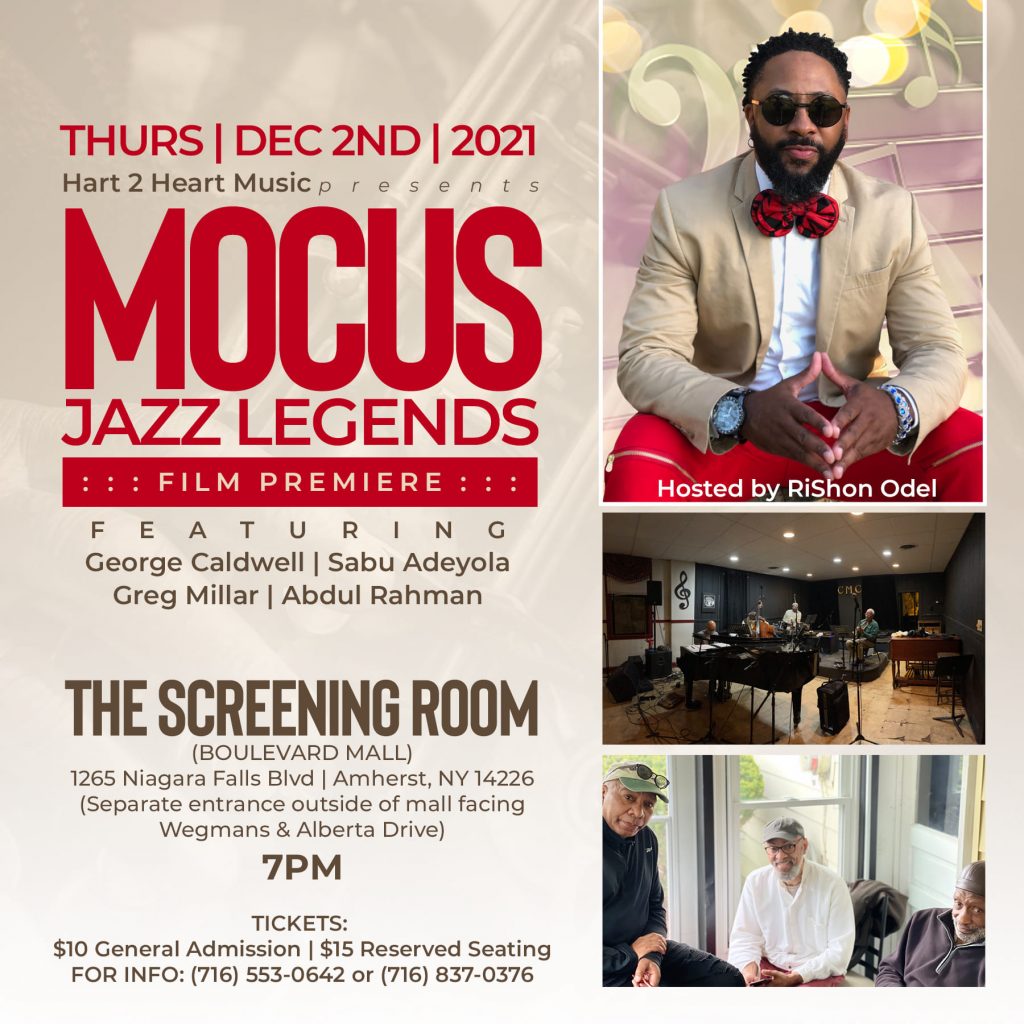