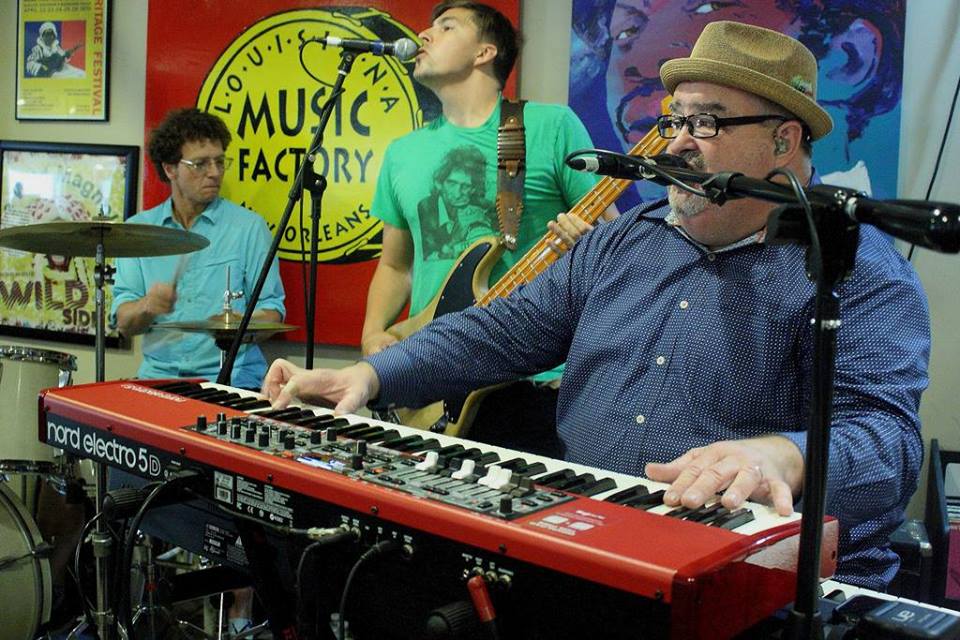 It is The Big Easy in Buffalo night at Larkin Square on August 15 with NOLA headliner The John Papa Gros Band with The Buffalo Brass Machine kicking things off for this free show, part of the KeyBank Live At Larkin Square series.

The Big Easy in Buffalo – a program of Arts Services Initiative of WNY, Inc.– is sponsored by the New York State Council on the Arts with the support of Governor Andrew Cuomo and the New York State Legislature, Fund for the Arts, Erie County, and Adams Mark Hotel & Events Center.

More on John Gros:
New Orleans native John “Papa” Gros (pronounced grow) has spent more than a quarter-century behind the piano championing the music of the Big Easy. His new album, River’s on Fire, is John’s first release since his former band, Papa Grows Funk, disbanded in 2013. The quintet held down a weekly residency for more than a dozen years at the famous Maple Leaf Bar in Uptown New Orleans, mixing the smooth sophistication of a jazz quintet with the wild, anything-goes spirit of Mardi Gras. Papa Grows Funk released six critically-acclaimed albums along the way, including Needle in the Groove, which was co-produced by Allen Toussaint — with Gros leading the charge as the group’s frontman, songwriter and organ player. River’s on Fire finds John shifting his songwriting focus back to the instrument that started his lifelong musical journey – the piano. The album reaches far beyond Papa Grows Funk’s groove-based sound and offers listeners a bit of everything — party songs, melancholy numbers, funk tunes and upbeat rockers.

More on The Buffalo Brass Machine:
The Buffalo Brass Machine is an eight-member horn collective playing the likes of street brass, hip-hop, pop, and everything in-between. The band was formed in late 2015 by a group of University at Buffalo students gathered from across the state with the primary goal: to create and entertain. The band started out firing on all cylinders early on, playing for large crowds in Saratoga and Buffalo. They rapidly became a fan favorite, playing at venues such as Mohawk Place, Buffalo Iron Works, Canalside Buffalo, and the Music Is Art Festival. The band has since played at venues in Toronto, Rochester, and Schenectady, and has opened for Rebirth Brass Band, Bonerama, and Heavyweights Brass Band.