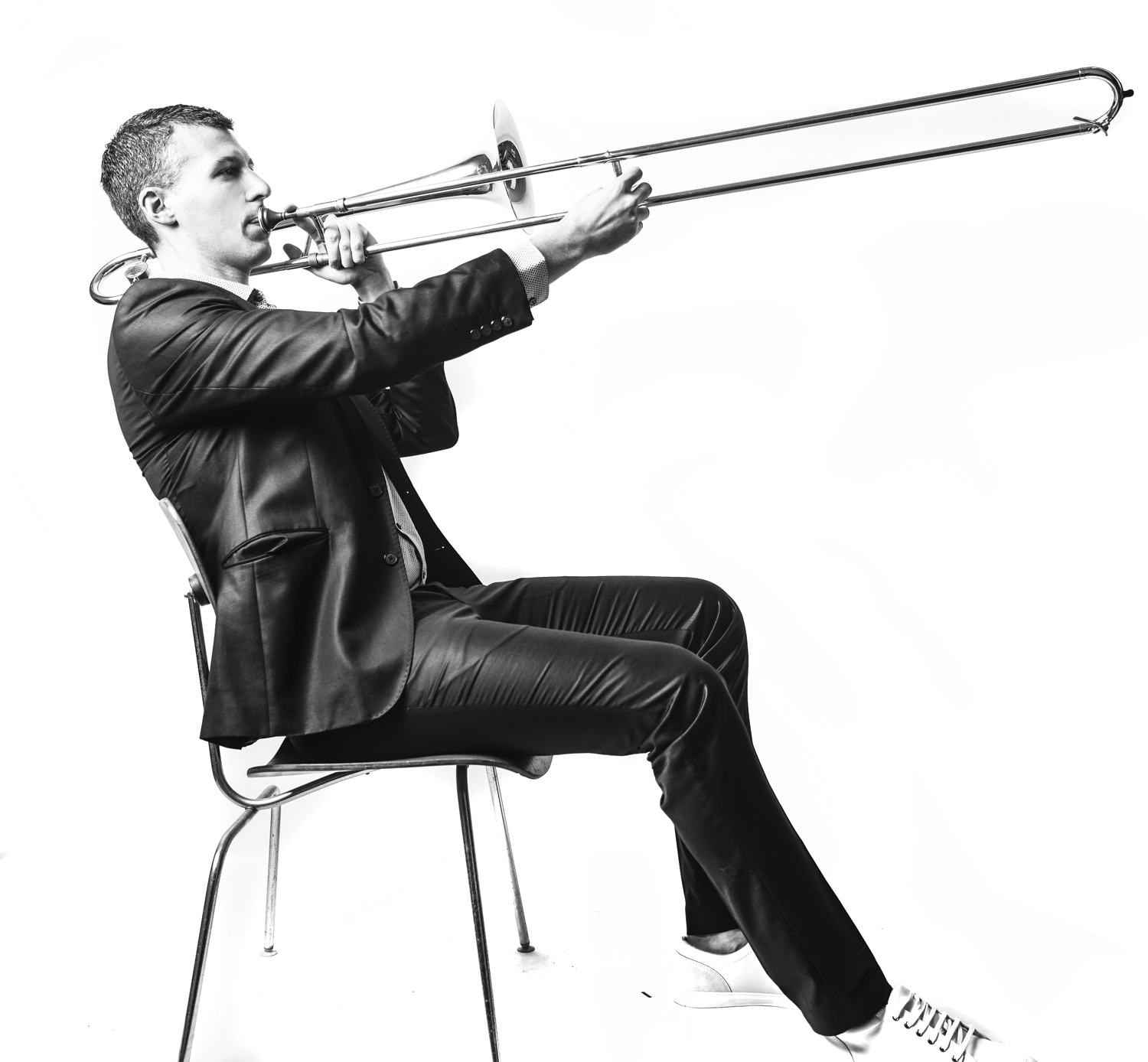 Nick Finzer is one of the most dynamic musicians of the millennial generation. An award-winning composer, arranger, producer, and trombonist, Finzer is bringing the joy and power of Jazz to both traditional fans and the most modern 21st-century audiences. He’s on a mission to be a passionate voice defining the sound of Jazz in this age while also bringing street cred to the trombone with a bold, tight sound.

Listeners will enjoy the wide emotional range of Finzer’s brilliant original compositions and arrangements on his latest album, No Arrival (Posi-Tone 2018). His supporting musical cast for this album includes reed- man extraordinaire Lucas Pino, guitarist Alex Wintz, pianist Victor Gould, bassist Dave Baron and drummer Jimmy Macbride. The album finds Finzer taking things forward while simultaneously being drawn back to the music that got him to this point in time, with a mix of influences and a unified concept. 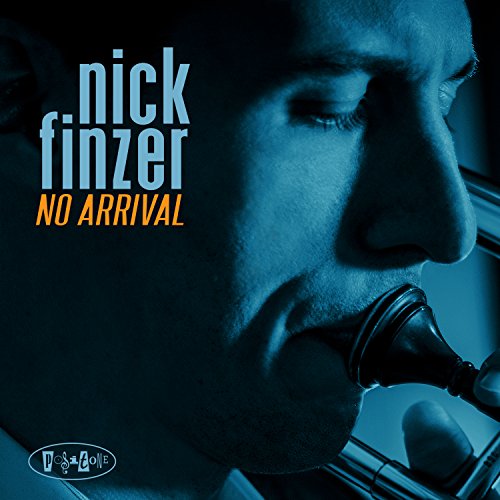 Born into the musical world (Mom Sherry Finzer is an international flutist), Finzer developed a fascination for the music of Duke Ellington and found himself, in high school, performing at the annual Essentially Ellington competition of Jazz at Lincoln Center. It was then that he decided to pursue a life in music himself. His budding talent was recognized by Wycliffe Gordon who began a mentorship by writing four pieces for the young Finzer while he attended the Eastman School of Music. Nick went on to get his masters at Juilliard’s prestigious Jazz program where he was mentored by trombone legend Steve Turre.

Two of Nick’s album-length works, “The Chase”  and “Hear & Now” were received with rave reviews, a feature article in Downbeat Magazine, and both peaked at #6 on the JazzWeek Charts. “Hear & Now” is a collection of compositions that serve as a vehicle to express the energy and emotions of the early 21st-century human experience. The compositions on “Hear & Now” take the listener on a journey from the frenetic pace of everyday life, through self-reflection and mindfulness, and looking ahead to a bright future.

Famed trombonist and mentor Wycliffe Gordon called Finzer “a new voice [in] the pantheon of upcoming trombone greats in the making” and added, “Nick’s CD is a glowing example of things to come.”

When away from NYC, Finzer can be found touring the globe not only with his own projects, but as part of Anat Cohen’s Tentet, teaching workshops and masterclasses, and appearing with YouTube sensation Postmodern Jukebox. Finzer has joined the group on television, in viral videos with millions of views, and on tours across North America, Australia, New Zealand and Europe.

While not performing, Nick can be found on his YouTube channel sharing weekly videos on topics ranging from live performances to new arrangements, and educational videos. Nick’s media company and jazz record label Outside in Music is poised to take the jazz recording industry firmly into the next century. Releasing 15 albums in 2017, and looking to top that number in 2018. Outside in Music produces audio and video content for some of jazz’s rising stars from around the globe; as well as connecting brands to the jazz artist’s passionate fan-bases.

Nick also has a firm commitment to education and developing the next generation of musicians and music lovers. Finzer serves as the Artistic Director of the Institute for Creative Music; a non-profit dedicated to exploring jazz and creativity for musicians and audiences of all levels. From 2014-2016, Nick served as the Visiting Professor of Jazz Trombone at Florida State University. Nick published his first book in 2013 Get Ahead (A Practical Guide for the Developing Jazz Trombonist) and relaunched that book as an interactive online course in June of 2017.