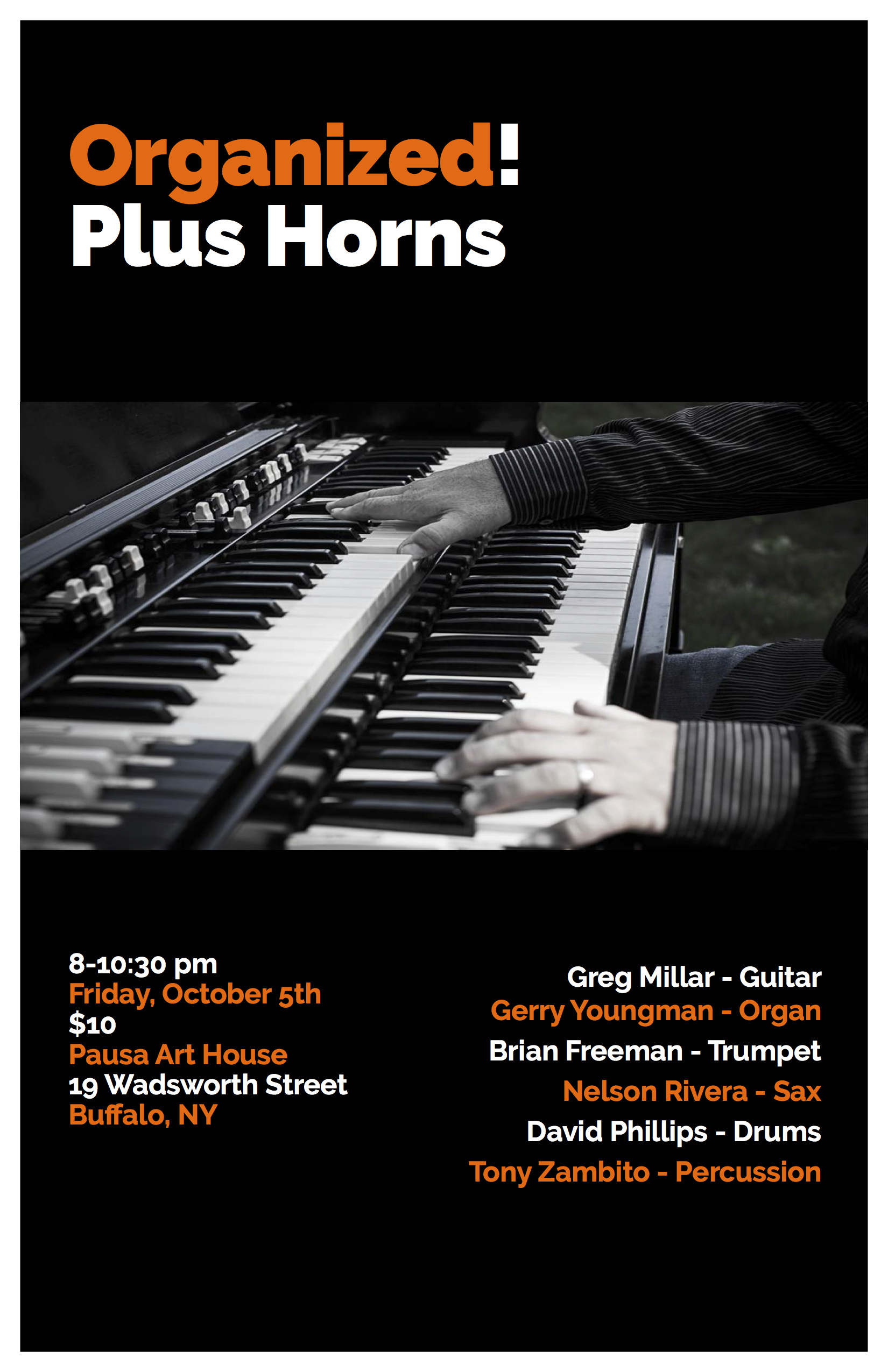 This “JazzBuffalo Presents” event will feature guitarist Greg Millar. Millar was the guitarist on Charles Earland’s famous 1972 “Intensity” album that featured hits “Lowdown”, “Cause I Love Her”, and “Will You Still Love Me Tomorrow”. This album was noteworthy as the last documented recording by the late legendary trumpeter, Lee Morgan, who was shot and killed 2 days after the recording session in February 1972. The album also featured Hubert Laws, Billy Cobham, Billy Harper, and others. On organ, Gerry Youngman (of Paradigm Shift) will present the sounds of the organized jazz with his dynamic style of keyboard playing. Joining in this high energy concert will be saxophonist Nelson Rivera (Tim Clarke Soul-Tet), trumpeter Brian Freeman (Van Taylor Jazz), drummer David Philips (Greg Millar Quartet), and jazz percussionist Tony Zambito (JazzBuffalo, My Cousin Tone’).

The ensemble will perform music in the tradition of organ soul jazz that became a staple of jazz beginning with Jimmy Smith and Don Patterson, a return to prominence by the hit-making music of Charles Earland, and carried on today by jazz organists such as Joey Defrancesco and Pat Bianchi.

The high energy show will feature the musical style of organ jazz plus horns!  Here is an example of such a tune the ensemble will perform: