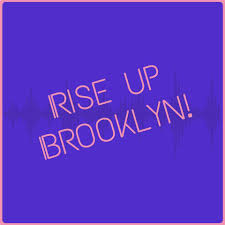 As an effort to safely revive the New York music scene after the COVID-19 pandemic, the Rise Up Brooklyn! festival presents unique performances by artists whose work is a catalyst for social change, ranging from cutting edge Jazz to Pop and Electronic music.

All performances will be followed by a Q&A with the audience.

“Praise In The Midst Of The Storm” premiere

commissioned by the Jazz Coalition

Chicago native and newly minted Blue Note artist Joel Ross is a sophisticated jazz performer with a sound steeped in the post-bop tradition. Joel has performed with many of jazz’s most lauded artists including Ambrose Akinmusire, Christian McBride, Marquis Hill, Gerald Clayton, Louis Hayes, Melissa Aldana, Wynton Marsalis and Herbie Hancock, among others. He leads his own group Joel Ross’ Good Vibes, among other projects, and recently released his debut album “KingMaker” on Blue Note in 2019. He is currently based in New York City.

Saxophonist Godwin Louis has lived in Haiti, Harlem, Connecticut, and New Orleans, and through Global, he explores all of these places and beyond, to the music and culture of people from West and Central Africa, Brazil, and islands in the Pacific and Caribbean. Global is about looking at the sounds of the African diaspora, beyond the slave trade ands its horrors, to its influences on pop culture.

“Johnathan Blake is the ultimate modernist. As a drummer, he’s as comfortable steering ensembles led by jazz veterans such as trumpeter Tom Harrell and saxophonist Oliver Lake as he is providing the pulse beneath rapper Q-Tip and deep-house diva Monday Michiru.” John Murph NPR

For Rise Up Brooklyn! Johnathan Blake performs a set of new original music with a stellar line up:

To be Announced: saxophone

Ziarra is a singer/songwriter known for welding the genres of Pop, Electronic, Folk and Disco. Leaving listeners with a unique and eclectic mix of sounds. Born and raised in the heart of Harlem, NY, her musical journey began in the whom. Blending the fundamentals of entertaining , the unconventional/experimental vision of her artistry, powerhouse vocals and an exciting stage presence are just a few things that make her show one to catch.