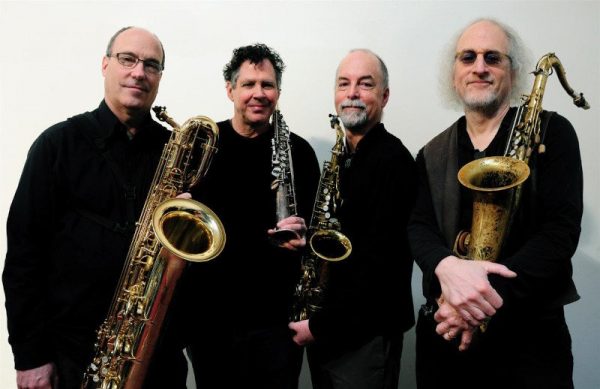 Think of the human voice in music. The most primal of instruments, it can melt you or move you to tears on the spot. Then it’s the saxophone, one-step removed from the human voice, and the next most powerful messenger in music. Multiply that power, that capability, times four, and you have Rova Saxophone Quartet: a group that can move you the way an Eastern European choir of voices can move you, but also a group with force, a force that can simulate one of nature’s wild phenomena, or conversely, the almost-silent overlapping sound-patterns heard with eyes closed in a field in the wilderness. Rova Sax Quartet’s musical goal has always been, since 1978, to instigate, to challenge, and to inspire. The group explores the synthesis of composition and collective improvisation, creating exciting, genre-bending music. Rova is one of the longeststanding groups in the music movement that has its roots in free jazz, 20th century new music , and rock music. Rova draws inspiration from the visual arts, contemporary dance, and contemporary poetry. We listen closely and deeply appreciate both the traditional and the pop music styles of Africa and Asia. And then there is the blues; always a key.

Formed in San Francisco with its first concert being in February 1978, Rova Sax Quartet quickly became well-known for its vital blend of compositions and structured improvisation, and has performed—over its 40-plus years—at some of the most prestigious jazz clubs and festivals throughout the world, including festivals that are well-known but hardly support the cutting edge of “jazz”—such as The Monterey Jazz Festival—and other major festivals with truly creative programming such as Jazz em Agosto (Lisbon, Portugal), Winter Jazzfest (New York) Music Unlimited (Wels, Austria), and Musique Actuelle (Victoriaville, Quebec) and Vancouver Jazz Festival. 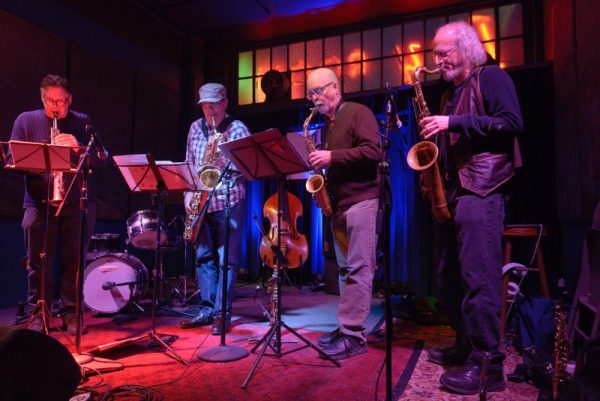 Rova’s repertoire features works by composers at the forefront of musical creativity, including USA composers Wadada Leo Smith, Anthony Braxton, Muhal Richard Abrams, Tim Berne and Robin Holcombe; UK composers Lindsay Cooper, Fred Frith, John Butcher, Barry Guy; California composers Chris Brown, Terry Riley, Miya Masaoka, Ben Goldberg, Gino Robair; and many other works commissioned by Rova with support from Meet the Composer (MTC), the Gerbode Foundation, and others. As an ensemble, Rova has commissioned more works—20 in all—than any other MTC grantee; and in 2002, the ensemble garnered MTC’s first “New Music Champion Award,” which commended Rova “for over 20 years of innovative presentation of the music of our time and unwavering support to living composers.” In 2004, Rova received an ASCAP – Chamber Music America Award for “Adventurous Programming of Contemporary Music.” Rova celebrated its 25th Anniversary in 2003 with concerts that featured an expanded 12-piece ensemble, including Nels Cline, Otomo Yoshihide, Carla Kihlstedt, and Jenny Scheinman, performing John Coltrane’s concert-length work Ascension, captured live for the Quartet’s 2005 disc, Electric Ascension. From 2003 to 2018 Orkestrova performed this work annually (on average) in North America and Europe. A live concert-video from the 2012 Guelph Jazz Festival (Canada) and a documentary on Electric Ascension, both completed in 2012/13, were released on Rogue Art (Paris label) in January 2016.

Rova:Arts, the sax quartet’s non-profit umbrella organization, has produced or co-produced at least one annual premiere in the Bay Area for decades, many of those shows exported to festivals world-wide. more info at www.rova.org