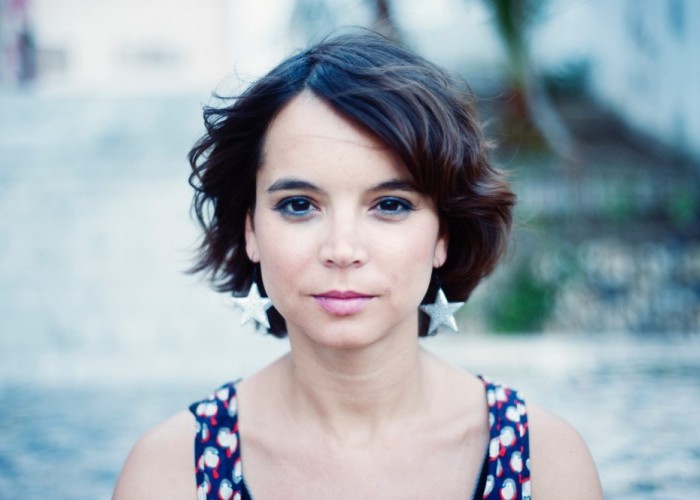 On Sunday, June 28: Art Is Live will present groundbreaking vocalist and composer Sara Serpa in a live-streamed concert at 5 p.m. EDT to celebrate her multimedia masterpiece Recognition. She will be accompanied by guitarist André Matos. For information visit https://www.artislive.net/.

Admission is by donation, 50% of which will go to SOS Mediterranée, an NGO saving Black Lives in the Mediterranean. To donate go to https://www.paypal.me/artislive?locale.x=en_US or Venmo, @Marta-Sanchez with the note “Art Is Live” and Sara Serpa.

Serpa is widely acclaimed as one of the premier vocalists of her generation and was recently crowned the #1 Rising Star Female Vocalist in the 2019 DownBeat Critics Poll. Recognition, Serpa’s tenth album, pushes her headfirst into innovative musical territory. A collection of Serpa’s original pieces set to moving images, the album features her singing and performing spoken word alongside some of the most recognizable and distinctive artists in jazz and improvised music: saxophonist Mark Turner (Billy Hart, Tom Harrell), pianist David Virelles (Chris Potter, Henry Threadgill) and harpist Zeena Parkins (Björk, John Zorn). Released June 5, 2020 on Biophilia Records, Recognition will be available in BiopholioTM or digital download with code for film screening.

Recognition is a singular multi-disciplinary work that traces the historical legacy of Portuguese colonialism in Africa through moving image and sound. From her family’s archives, Serpa adapted Super 8 footage of various scenes under Portuguese colonial rule in 1960s Angola into an experimental documentary in the format of a silent film, and she alone composed its musical counterpart as well, a rare and massive undertaking.