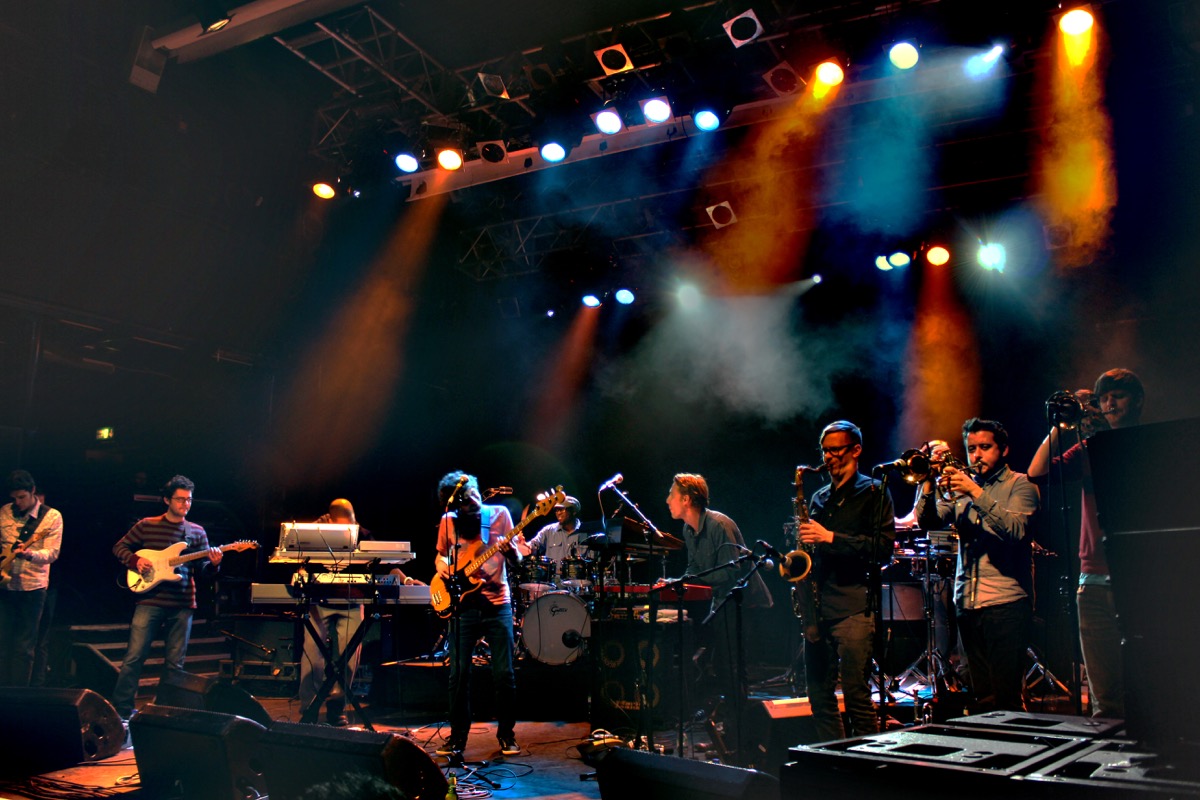 Snarky Puppy is truly a different kind of musical animal.

The once Texan, now New York-based quasi-collective has gone from the best-kept secret to one of the most respected names in instrumental music. Although still “underground” in many respects, the band has earned high praise from critical stalwarts like the BBC, Village Voice, Guardian, and Boston Herald, and has performed at some of the best venues and festivals in Asia, Europe, Australia, and North America.

The band has always used live performance as its chief form of evangelism and maintains a more intense tour schedule than almost any band in the idiom. Over the course of 2013, Snarky Puppy will give almost 200 performances and workshops on four continents, including North Sea Jazz, Monterey Jazz Festival, Jazz á Vienne, Blue Note Tokyo, and the Melbourne International Jazz Festival. The band’s 2012 release, the live DVD/CD “GroundUP,” reached #14 on the Billboard Jazz Charts and #3 on the ITunes Jazz Charts in 2012, topped only by Grammy winners Robert Glasper and Esperanza Spalding. Their 2013 release “Family Diner, Vol. 1″ debuted at #1 on the iTunes Jazz Chart in the US, Canada, UK and New Zealand and was in the top 5 in a handful of other countries. It stayed in or around the top spot for almost 2 months and the lead single ” Something” featuring the powerful vocals of Lalah Hathaway has over 1.6 Million views on YouTube.

Snarky Puppy seamlessly fuses a deep knowledge and respect for musical tradition with sonic and conceptual innovation in a way that is able to reach the most critical- or most carefree- audience. The convergence of musicians from white and black America (who also perform regularly with artists like Erykah Badu, Snoop Dogg, Kirk Franklin, Justin Timberlake, Roy Hargrove, and Marcus Miller among others), which occurred while the band was in its adolescence at the University of North Texas, has naturally established a system of balance that instantly draws listeners to the music- raw funk and sensitive dynamics, relentless pocket and lyrical melodicism, lush harmony and soulful simplicity, and most importantly, a delicate mixture of composition and improvisation.

The group is led by award-winning bassist/guitarist/composer/arranger Michael League, whose creative grass-roots approach to a tougher-than-ever industry has created a new model for independent artists. Snarky Puppy is a three-headed creature: first, and most obviously- an original music ensemble. Second- a production team and session band for individual artists. Third, and probably most importantly- Snarky Puppy is a group of musicians enthusiastically committed to music education and community outreach. Working with groups like ROAM (Roots Of American Music) in inner city Cleveland and the Music Lab at Jefferson Center in Roanoke, as well as giving clinics at hundreds of colleges, high schools, and middle schools worldwide, the band has made a strong commitment to spreading their love of music and general positivity to a young generation looking for something real to be inspired by.