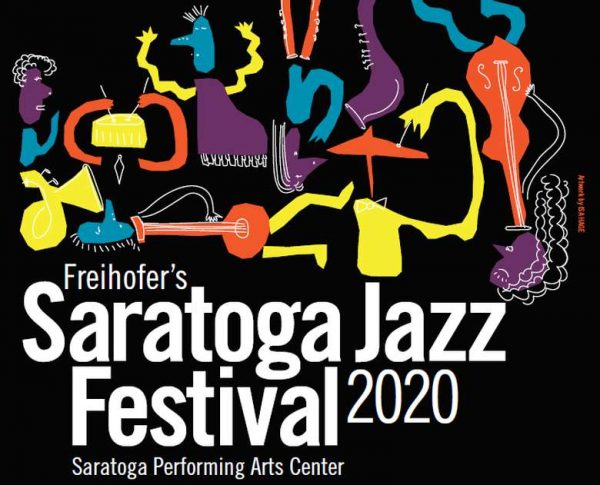 Saratoga Performing Arts Center and Absolutely Live Entertainment, in partnership with Caffè Lena announces “Freihofer’s Jazz Fest Stay Home Sessions,” presented in lieu of the 2020 Freihofer’s Saratoga Jazz Festival, previously canceled by SPAC due to health and safety concerns as a result of the COVID-19 pandemic.

Slated for June 26, 27 and 28 at 8 p.m., the series of streamed concerts will feature produced videos from the national artists alongside performances from Lena’s stage from beloved local ensembles. The festival will be free to experience and hosted through Caffè Lena’s “Stay Home Sessions” YouTube platform.

The Skidmore Jazz Institute Alumni Trio is comprised of Brian Halliday (piano), Samuel Smith (bass), and Quinton Cain (drums). Members of the trio proudly hail from New York State and have attended the Skidmore Jazz Institute summer program as part of their musical training. The Skidmore Jazz Institute has been called the “non-pareil destination for attentive and engaged instruction in the improviser’s art” by DOWNBEAT. The Institute, now in its 33rd year, has successfully helped to launch the music careers of past festival headliners Troy “Trombone Shorty” Andrews and Jon Batiste, among others.

Recognized for his jaw-dropping talent and role as bandleader for The Late Show with Stephen Colbert, Grammy-nominated artist JON BATISTE transitions from commanding the piano with virtuosic skill, to soulfully crooning, to wailing on the “harmonaboard.”

Led by “soulist” and bandleader Garland Nelson, this ensemble of singers from top Capital Region bands pays tribute to the golden age of Soul Music.