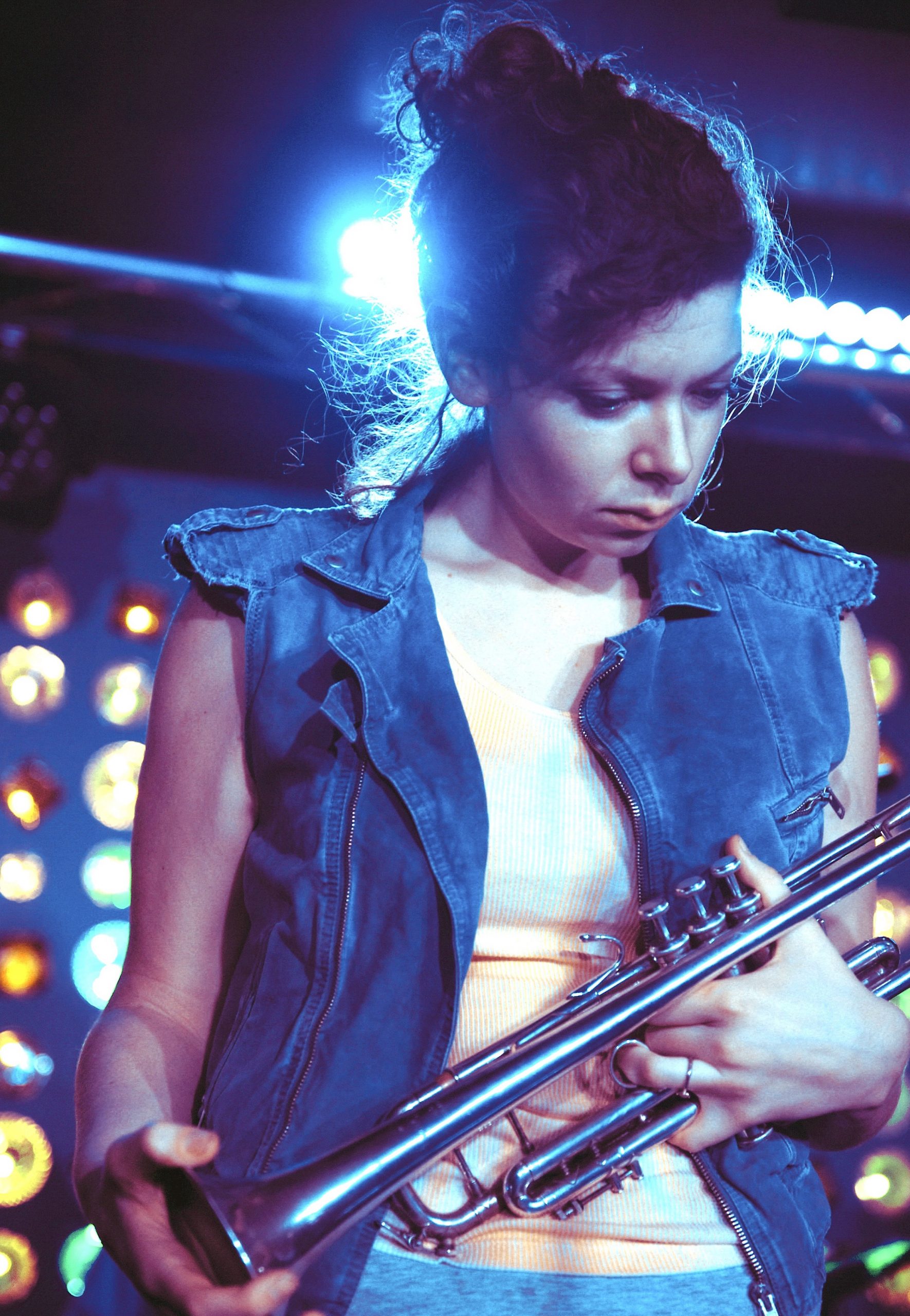 Steph Richards is no stranger to challenging listeners’ expectations, helping them hear things they might not have previously imagined with experiments that range from playing underwater to incorporating a carousel into one of her compositions. But the trumpeter, composer and bandleader is pushing in a still more unusual direction with Supersense. Along with a trio of fellow all-star improvisers Richards taps acclaimed multimedia artist Sean Raspet to create singular, abstract scents embedded into the concert programs, using scent in a way to prompt musicians and the audience that avoids language and representation completely.

“What if I could create an experience where listeners felt even closer to the music by acknowledging other senses?” says Richards, alluding to the extra-musical elements of live performance that have been missing since the pandemic hit. She hopes that by playing to more than one sense, listeners will be drawn into the music more fully. “It’s meant to live in a wordless space,” she concludes. “One where we’re not able to define where we’re traveling and what we’re feeling, but where we can be swept away by sensation.” This multi-sensory show begins with a celebration of her latest record Zephyr that includes a film created by filmmaker Vipal Monga.

Bio:
“A rising force in avant-garde jazz” (Jazz Times), trumpeter, composer and bandleader Steph Richards is regarded as an adventurous innovator in the scene of contemporary and experimental music. Driven by a curiosity how listeners interact with music and what sensory variables are open to experimentation, this openness to experimentation has led her to work with pioneering artists across a wide musical field, from creative musicians Henry Threadgill and Anthony Braxton to pop icons Kanye West, David Byrne and Yoko Ono. The New York Times recently called Richards “an emerging maestro”, whose compositions have explored interactions of scent, movement, Conduction, video and site-specific locations ranging from carousels to underwater pools. Richards grew up in Calgary, Alberta and eventually found her way to Brooklyn, NY where she became embedded in the NYC creative music scene. While living there she has worked with prominent jazz musicians Jason Moran, Ravi Coltrane and Dave Douglas. Also collaborative in the contemporary music scene, Richards is founding member of Bang on A Can’s Asphalt Orchestra and performs with star contemporary ensembles such as the International Contemporary Ensemble. She is on faculty at UC San Diego and is a Yamaha Artist.