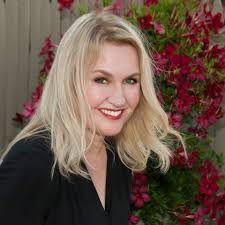 Bewitched, Not Bothered, Not Bewildered is a CD Preview show with Suzanna Ross singing selected songs from her new CD, as well as new songs. Livestreamed from the Triad, Suzanna will present an intimate and fun evening of jazz, American Songbook, movie themes, French chanson, and retro pop. Suzanna’s CD has earned reviews in the U.S. and Europe, with songs airing on radio stations around the world. Cabaret Scenes, LA Jazz Scene, Talkin’ Broadway: “Suzanna Ross has emerged as one of the most versatile jazz vocalists on the scene,” “The inspired range of songs features not only some of the most glorious American songwriters… but some marvelous French composers… one can almost inhale the scent of Gauloises in the air,” “much sophistication,” “a vocalist you’ll love spending time with,” “an enthralling collection,” “Bewitched, with the rarely heard lyric – it’s a charmer, a word that can pretty much apply to the singer herself,” “this kind of vocal jazz puts the ‘ultra’ in ultra-cool.” Jazziz Magazine cited one of the French songs, Ces petits riens, as “Song of the Day” and Suzanna’s “winning voice.” A recent Bistro Award winner, Gregory Toroian, is Musical Director, with Skip Ward on bass and David Silliman on drums.