The Brass Machine at Jazz On The Plaz! at Seneca One 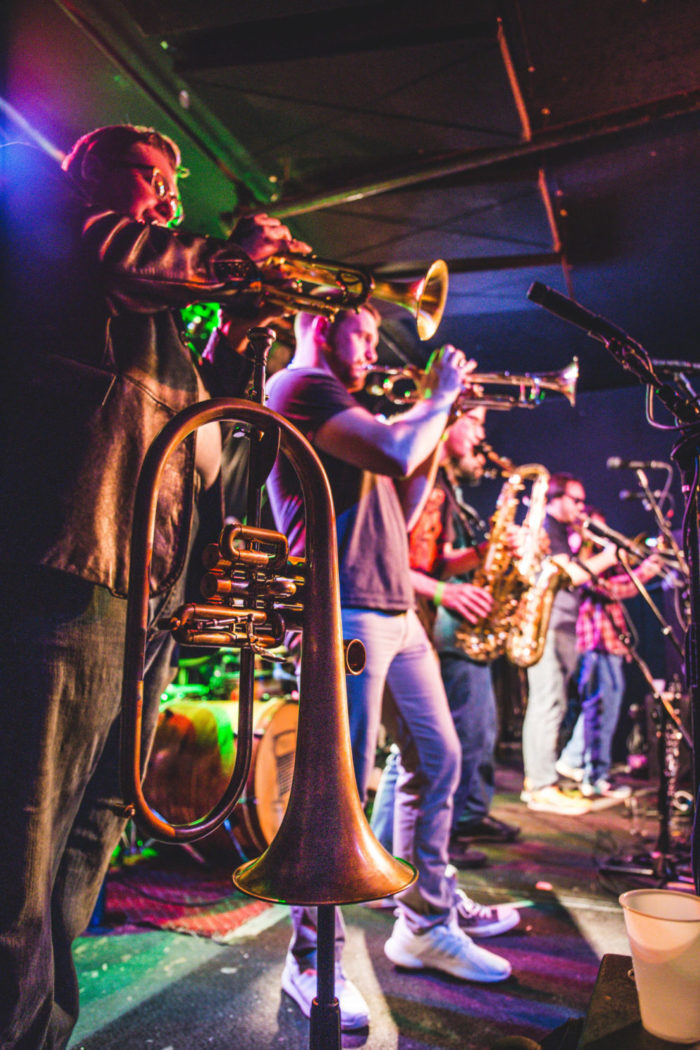 “As far as I’m concerned, you guys are the biggest thing to come out of Buffalo since chicken wings!”

The Brass Machine (formerly the Buffalo Brass Machine) is one of the premier touring acts on the live music circuit today, laying down funky New Orleans-style street beats across the United States and Canada. Formed in 2014 at the University at Buffalo, The Brass Machine provides a unique blend of hip hop, funk, and R&B, all in an infectious and energetic package.

Having performed alongside national acts such as Earth, Wind, and Fire, Rebirth Brass Band, Bonerama, John Papa Gros, and CJ Chenier, The Brass Machine is hittin’ the streets HARD. Led by frontman “Kidd” Kyle Yagielski, the group has been named the best FUNK JAZZ BAND in Western New York three years in a row by JazzBuffalo, and is rapidly gaining traction at their live shows.