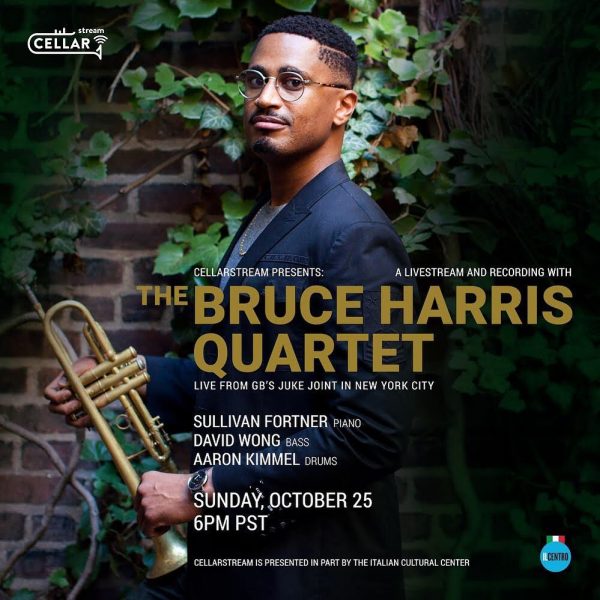 Born and raised in the Bronx, NY, trumpeter Bruce Harris has earned a reputation as one of the most important and emerging voices in jazz today. Bruce Harris’s professional career as a performer has been defined by his infectious joy, undeniable passion and youthful energy. His chops were honed in many of New York’s premier music venues and jazz clubs such as Smalls, Smoke Jazz Club, Dizzy’s Club Coca-Cola, Ginny’s Supper Club, Minton’s, Rockwood Music Hall, among others. Harris has made appearances on CBS’s The Late Show with Stephen Colbert and NBC’s The Tonight Show with Jimmy Fallon. In addition, he has appeared alongside a long list of legendary performers, including Wynton Marsalis & the Jazz at Lincoln Center Orchestra, Dave Brubeck, Billy Taylor, The Count Basie Orchestra, Michael Feinstein, Barry Harris, Roy Hargrove, and Tony Bennett. In 2013, for Ebony Magazine, Wynton Marsalis highlighted Bruce as one of the five important young jazz musicians you should know. This particular show finds him with a new band featuring SULLIVAN FORTNER piano, DAVID WONG bass and AARON KIMMEL drums. The quartet will be recording the events for release on CELLAR MUSIC. The session will be produced by renowned trumpeter JEREMY PELT.