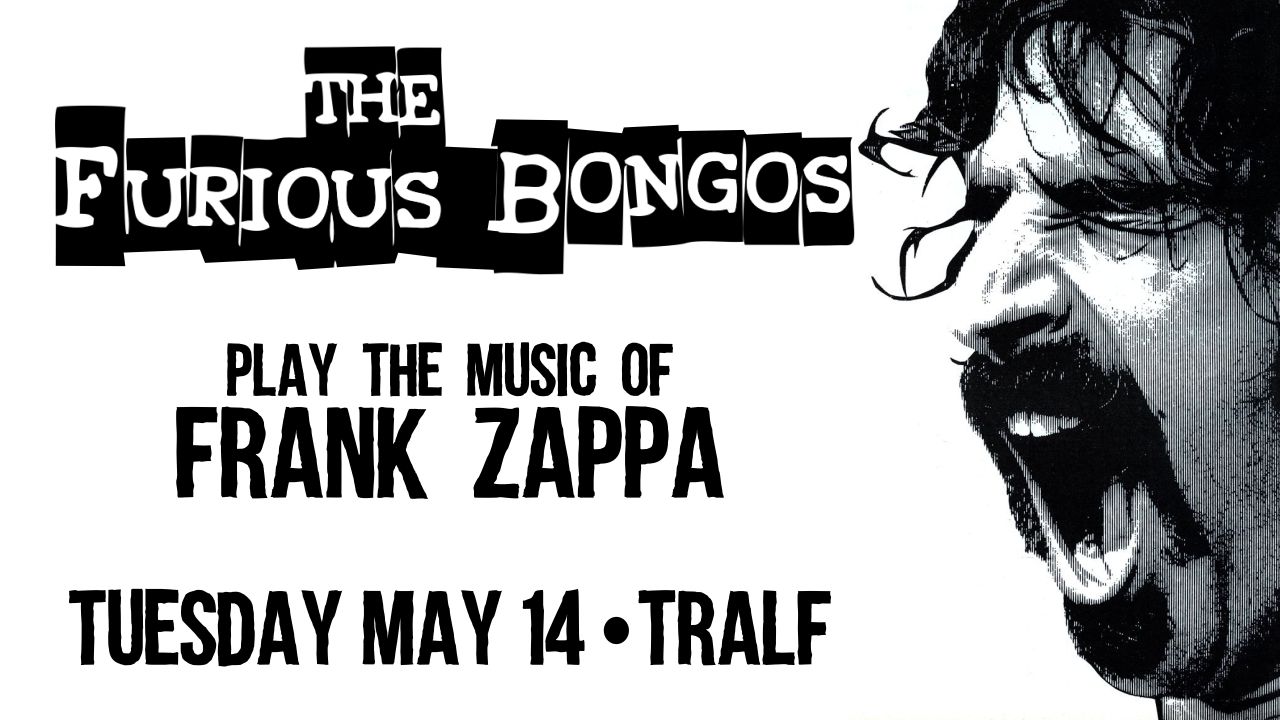 The Furious Bongos are a Frank Zappa tribute band who understand that however people describe Zappa, safe or vanilla aren’t usually first in mind. The Furious Bongos appreciate the dirt under his fingernails, and they don’t shy away from taking risks and putting on a great show.

When bassist/arranger Conrad St. Clair and violinist/vocalist Biff Blumfumgagnge decided to tackle this project, knowing Zappa drew on influences ranging from Stravinsky to Leadbelly, they felt it was important to assemble musicians with backgrounds as far-flung as his influences.

The result is an extremely diverse band with a serious collective resume, including work with artists like Yo Yo Ma, Mick Fleetwood, Robert Fripp, and Les Paul.

And because Zappa’s music was constantly evolving and adapted to the musicians he was playing with at a given time, Conrad and Biff wanted to respect the music but follow Frank’s example and let the music grow. Doing a note-for-note rendition of Song X from Album Y didn’t seem like the proper way to go about this.

To that end, they tracked down hundreds of pages of transcriptions and quickly scribbled notes from former band members and other sources, painstakingly compared different versions of the songs, and even dug up rare scores in Frank’s own hand (coffee stains included). Arthur Barrow, Zappa’s bassist and Clonemeister from 1978 to ’81, has been instrumental in this effort, and a sounding board throughout the continuing process. Other band alumni who have provided support in one way or another include Robert Martin, Scott Thunes, and Adrian Belew.

All of that homework, combined with the extremely talented musicians in the band, produced something that isn’t strictly a tribute project – it’s more like a band that Frank might have assembled himself, playing his songs with a fresh approach, a sense of humor, and plenty of eyebrows.