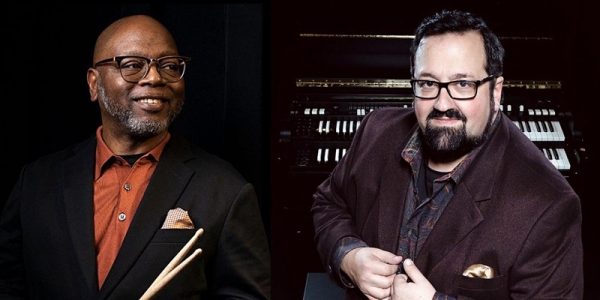 The Nash is honored to present an exclusive four-week residency that features two of Arizona’s most respected world-renowned Jazz musicians, Joey DeFrancesco and Lewis Nash.

“With live music on pause around the world, we realized the unique opportunity this has offered us locally and decided to share it with the world.”

Four unique shows during the month of February live-streamed directly from The Nash in Phoenix, AZ.

Lewis Nash, whom the club is named after, has been seated at the throne of the drums since childhood and is considered jazz royalty by his peers and music enthusiasts alike. Lewis is credited with over 400 recording sessions with countless legendary musicians as well as a leader over his extensive career. Born and raised in Arizona, we’re grateful he’s continued to call Phoenix home as he shares his music locally and abroad.

Joey DeFrancesco also calls Arizona home by way of Pennsylvania, he’s been a resident of the state for over twenty years. Like Lewis, his calling to music started at a very young age, credited with the resurgence of the organ in jazz, DeFrancesco has secured the sound for generations to come. Not only an organist, Joey is a multi-instrumentalist, a trumpet player and tenor saxophonist. A five-time Grammy® Award-nominee, he’s received countless awards worldwide and recorded with numerous legendary musicians in addition to leading his own bands. DeFrancesco also hosts the weekly program Organized on SiriusXM Radio’s Real Jazz channel. Both Lewis and Joey have committed themselves to music, arts and the advancement of music education.

Our current situation has brought many unique challenges to each and every one of us around the world. The music industry has its own set of challenges but as we continue working together to open up again safely we’ve stayed focused on solutions. Under normal circumstances both Joey and Lewis are almost always out of town, on tour internationally, running into each other either at a music festival or crossing paths at an airport. Getting Joey and Lewis in town at the same time would be difficult to say the least. With live music on pause around the world we realized the unique opportunity this has offered us locally and decided to share it with the world.