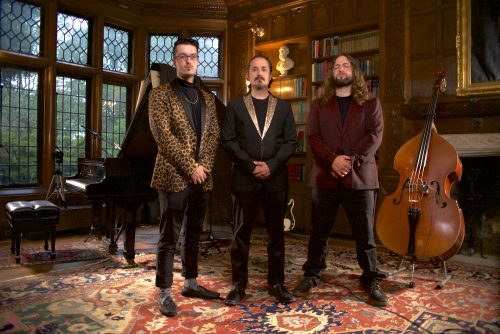 Lindner started The Pickle Mafia with Marco Cirigliano and Ben Chilbert in May of 2019. Their mission statement is “to travel from city to city taking people on a musical journey together” . In the first six months the band released 28 live performance videos resulting in thousands of plays on Facebook and YouTube. The band performs original cutting edge jazz tunes and arrangements of popular artists from Nirvana to Chick Corea and electronic danceable originals!  Performances can vary from intimate grand piano sit down shows to straight up dance parties!  Just in a short time the group has played 80+ shows across NYC, Rochester, Buffalo, Syracuse, Southern tier, ADK, Vermont, and more. Sit down concerts offer an array of styles, from classics like “As Time Goes By” and “Fly to the moon” to original Jazz arrangements of the Who, Lynyrd Skynyrd, and Chopin! Lindner has also been known to bring random members of the audience on stage unexpectedly, and encourages participants to be inspired by the music and draw a picture during sit-down performances.  This unique quirk adds an element of fun and surprise to the shows, and has created a collection of awesome fan art! Live electronic concerts fire up the crowd with four on floor grooves and high energy live bass and drums. Mixing in popular remixes and vocal samples puts the Pickle Mafia “Electric Pickle” DJ and a showtime crowd-pleaser.