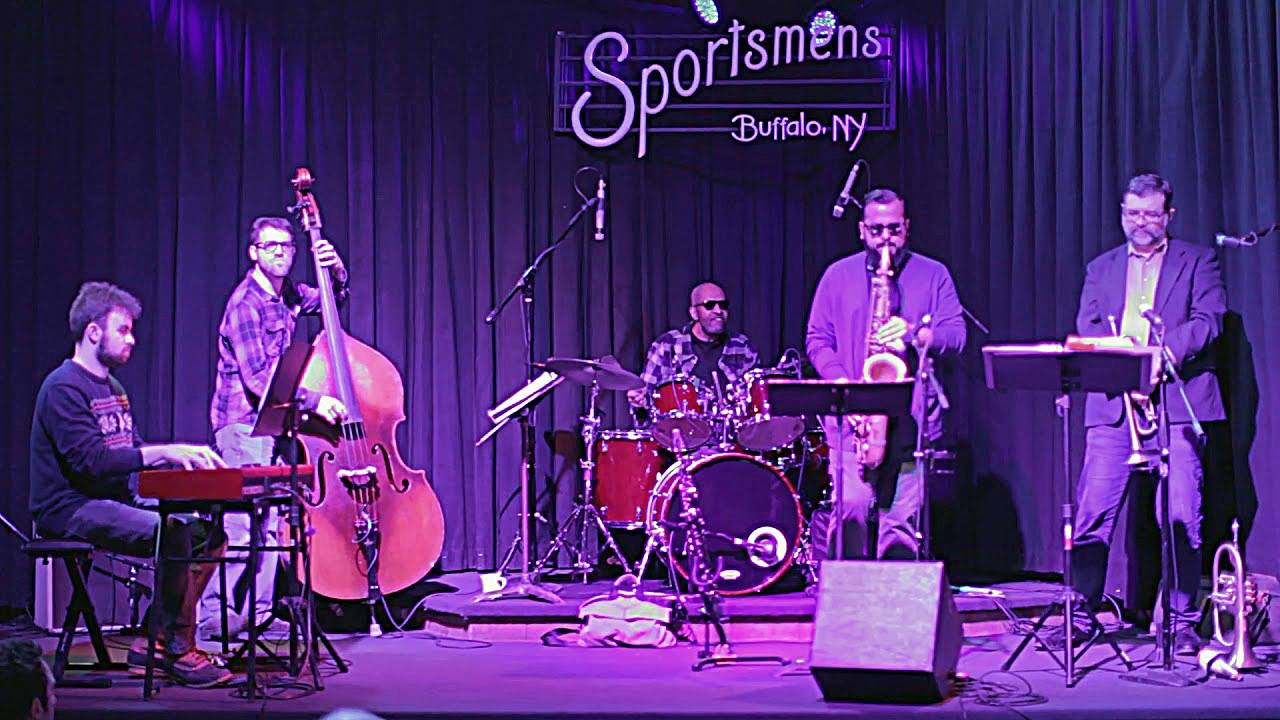 The Soul-Tet is a Buffalo-based Quintet that brings to life seldom-heard, groove-driven latin, hard bop, and soul-jazz tunes from the 1950’s to the early 1990’s. All the material has been meticulously transcribed by Clarke from records by Lee Morgan, Joe Gordon, Donald Byrd, Yusuf Lateef, Blue Mitchell, Donald Brown, Ronnie Laws, Poncho Sanchez and others. The group features Clarke on trumpet and flugelhorn, Darryl Washington on drums, Nelson Rivera on tenor sax, Ed Croft on bass, and Harry Graser on keys.   Always impressive both in technical skill, conception, and creative abilities, Clarke is one of the top trumpet and cornet players in the area. He has appeared in many groups at Pausa and elsewhere including Star People, The Buffalo Jazz Octet, and many JazzBuffalo productions.