Umphrey’s McGee After Party with Jazz is PHSH 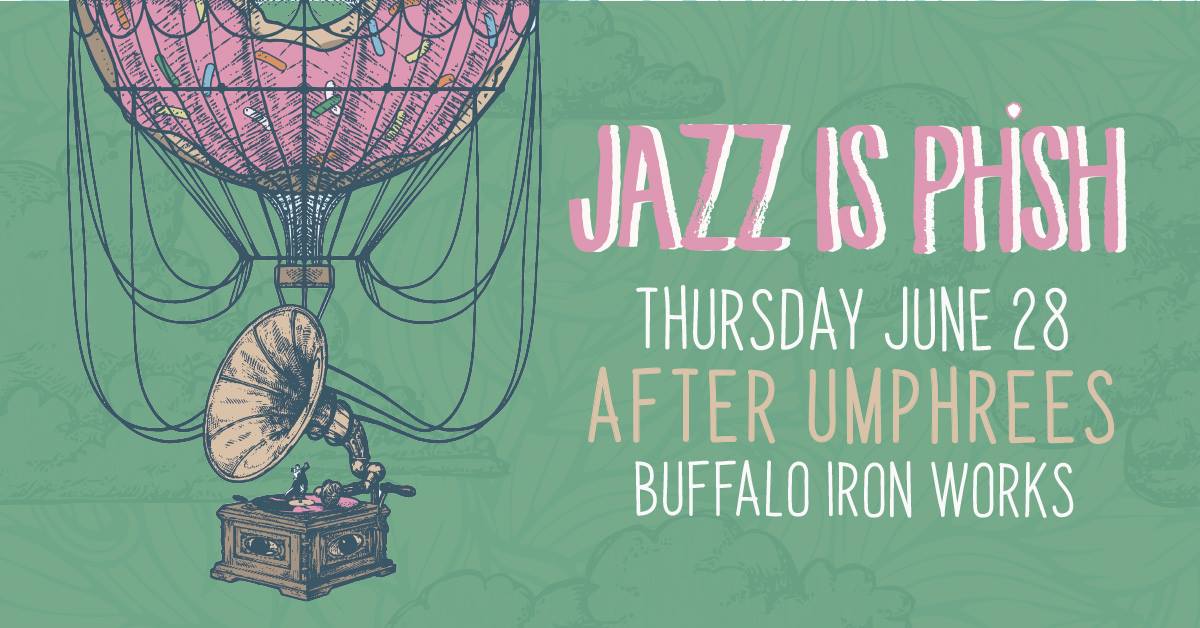 Anyone who attends with a Canalside wristband from the Umphrey’s McGee show will receive $5.00 off their ticket!!

JAZZ IS PHSH is an instrumental tribute to Phish inspired by the popular tribute to The Grateful Dead, “Jazz is Dead”. JAZZ IS PHSH is a collective of prominent musicians from the Jazz and Jam scenes that have come together in their appreciation of Phish music to reimagine Phish in an instrumental, jazz fusion setting! The arrangements and performances of the band are built around their upcoming album which will feature many amazing musicians including Dennis Chambers (Santana, Miles Davis, Parliament-Funkadelic), Jeff Coffin (Dave Matthews Band, The Flecktones), Chris Bullock (Snarky Puppy), Michael Ray (Sun Ra, Giant Country Horns, Cosmic Crewe), Kofi Burbridge (Tedeschi Trucks Band, Aquarium Rescue Unit, Trey Anastasio Band), Grant Green Jr. (Groove Masters), Anthony Wellington (Victor Wooten Band), & many more!

Founded in 2015 by The Chase Brothers, Adam Chase and Matthew Chase, JAZZ IS PHSH has quickly become a world renown tribute to Phish, attracting some of the most influential musicians in the jazz and jam scenes to take part in this collective approach to paying tribute to one of the most important and influential bands in Rock and Roll history.

With the music of Phish being both largely improvised as well as highly composed, the framework of Phish’s music is the perfect vehicle for exploring in an instrumental setting. The compositions are both challenging and adaptive. Jazz IS PHSH provides an exploration of Phish music unlike anything else.