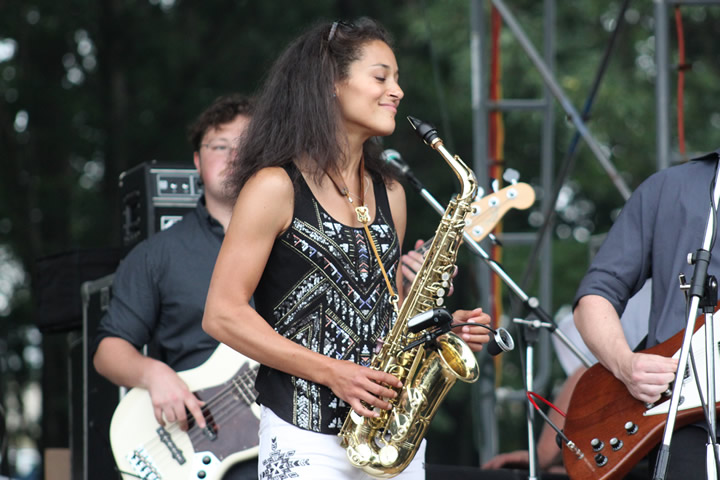 At 27 years of age, master musician and multi-talented blues performer Vanessa Collier is an in-demand artist, bringing her charismatic charm, passionate and fiery performances, soulful voice, searing saxophone solos, and witty songwriting to the stage. Over the past year, Vanessa toured through 11 countries, alternating between tour legs in Europe as a featured artist with Ruf’s Blues Caravan and back in the U.S. and Canada with her talented 5-piece band.

A graduate of the Berklee College of Music, Vanessa’s alluring vocals and stinging saxophone work saw her light up stages as part of Joe Louis Walker’s band (2012-2013), while her 2014 debut album Heart Soul & Saxophone was declared “magnificent” on Dan Aykroyd’s blues radio show, winning her accolades as Best of 2014 Blues Breaker. In 2017, Vanessa continued her success with the release of her sophomore album Meeting My Shadow, earning many prestigious honors and awards.