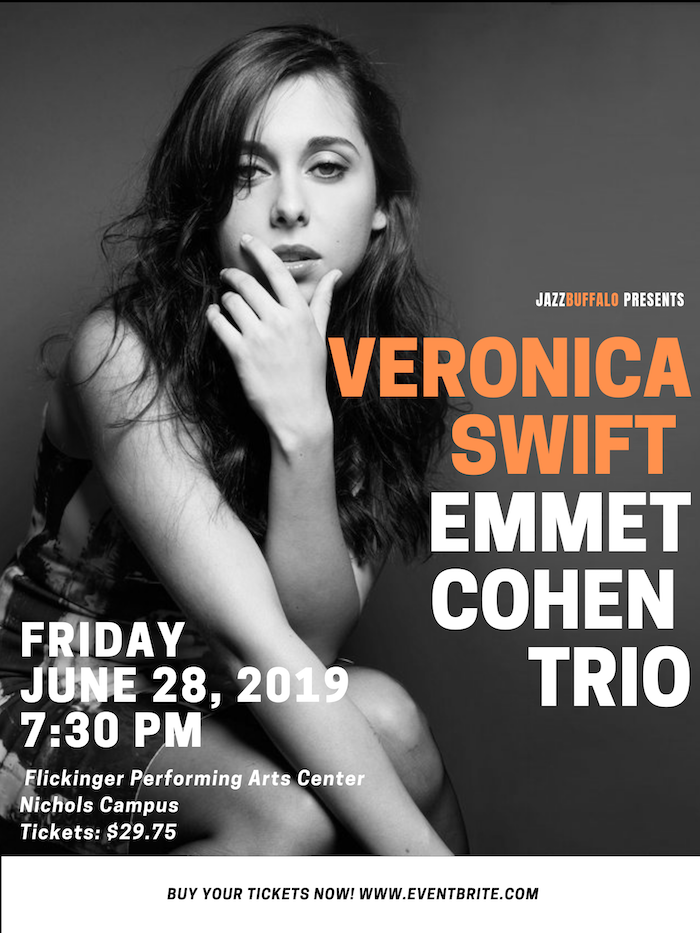 JazzBuffalo is excited to bring two of the fastest rising stars in the jazz world to the area – together! 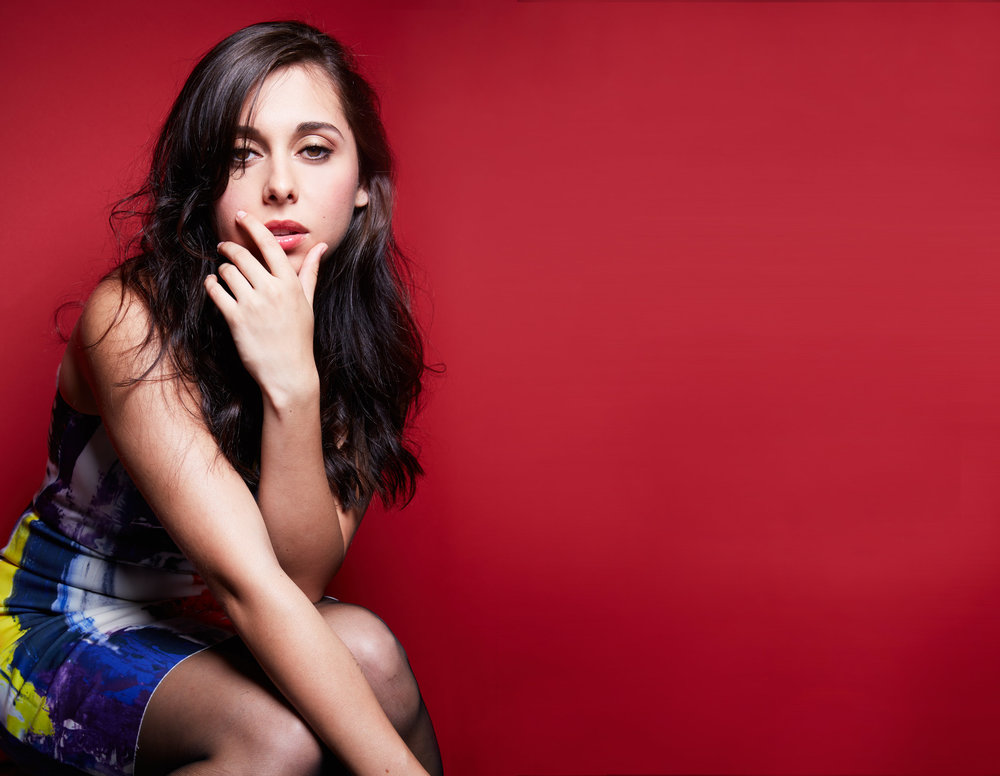 At age 24, American jazz vocalist Veronica Swift is now being recognized as one of the top young jazz singers on the scene.

In the fall of 2015, she won second place at the prestigious Thelonious Monk Jazz Competition. In 2016 she was asked to perform a concert of her own at the Tribeca Performing Arts Center in New York City and she was a guest artist with Michael Feinstein at Jazz at Lincoln Center with the Tedd Firth Big Band and Marilyn Maye and Freda Payne. Veronica’s first appearance at Jazz at Lincoln Center was at age 11 when she performed at the “Women in Jazz” series at Dizzy’s Club Coca-Cola.

In the summer of 2016 she headlined at the Telluride Jazz Festival, her 10th appearance there – but her first as a headliner. She first appeared there at age 10 with Dave Adams’ Young Razzcals Jazz Project and the great saxophonist Richie Cole and later she sang a duet with the featured artist, Paquito d’Rivera.

Veronica finished her undergraduate degree (BM in Jazz Voice) at the Frost School of Music at the University of Miami in December 2016, where she was a full scholarship student. It was after that that she moved to New York City, where she was almost immediately started performing every Saturday night at the legendary Birdland Jazz Club, a gig she continues to maintain when she isn’t on the road.

Veronica has been on tour with her parents, renowned jazz pianist Hod O’Brien and celebrated jazz singer and educator/author Stephanie Nakasian. She has appeared on stage with Jon Hendricks, Annie Ross, Esperanza Spalding, Joe Lovano, Bob Dorough, Kim Nazarian, Danilo Perez, and others. With her family she has appeared at The Great Waters Music Festival in NH, Blues Alley Jazz Club in DC, the Jazz Standard in NYC, the Jazz Cruise, and for the New Jersey and Hilton Head Jazz Societies.

Veronica recorded two CDs as a child – one at age 9 with Richie Cole and her father’s rhythm section and her mother, and one at age 13 with saxophonist Harry Allen. Her latest recording project “Lonely Woman” out this year features some of the hottest young jazz players on the scene including Emmet Cohen, Benny Bennack III, Daryl Johns (with whom she shared the Grammy Choir/Band experience), Matt Wigler, and Scott Lowrie.

In addition to performing the Great American Songbook and Bebop and Vocalese classics, Veronica is also a passionate devotee of 20s and 30s music and has sung with Vince Giordano, Terry Waldo, and Drew Nugent.

In 2019, Veronica appears on the new release by the legendary pianist Benny Green entitled, “Then and Now.” 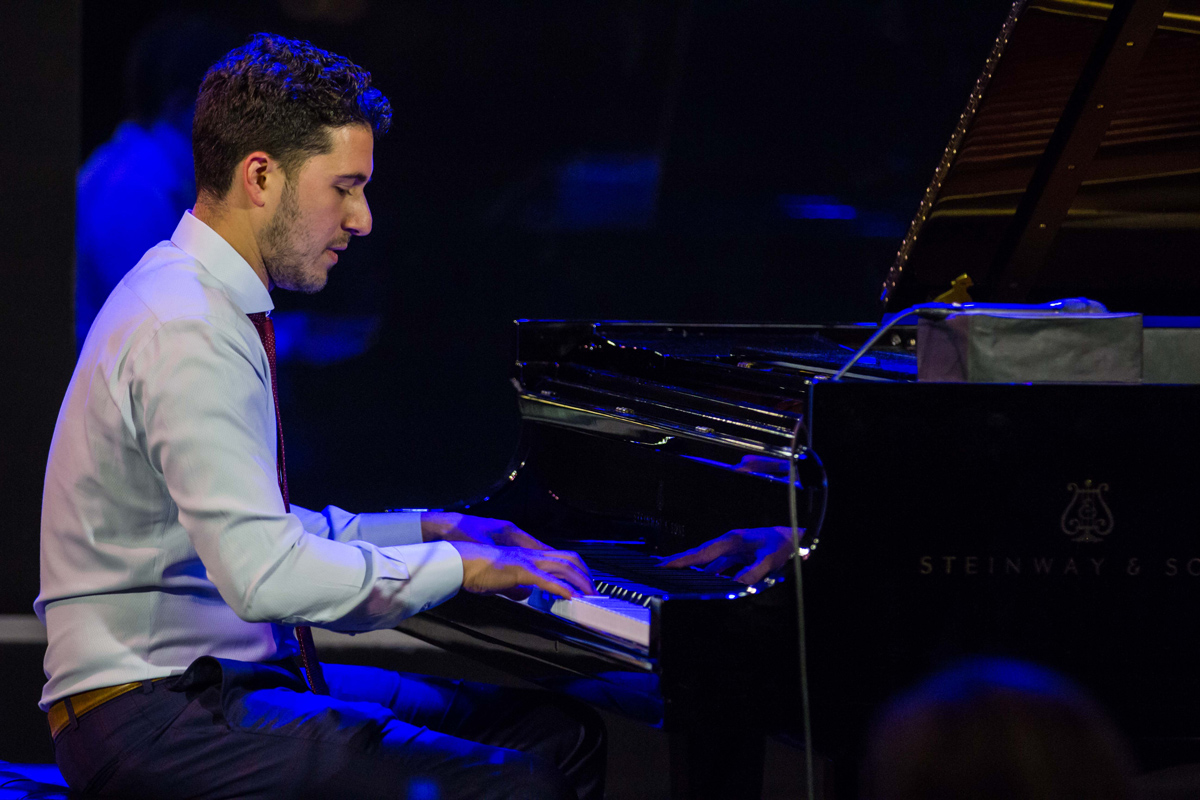 (Emmet Cohen has just been awarded the prestigious 2019 Cole Porter Fellowship Award by the American Pianists Association.  A prize that includes a recording contract with Mack Records. and previously won by Sullivan Fortner, Aaron Diehl, and others!)

Multifaceted American jazz pianist and composer Emmet Cohen is one of his generation’s pivotal artistic figures. Downbeat praised the “nimble touch, measured stride and warm harmonic vocabulary” he employs to communicate with other musicians and audiences at what he terms “the deepest level of humanity and individuality.” Cohen plays with the command and passion of an artist fully devoted to his medium. The leader of the “Emmet Cohen Trio,” Cohen presents jazz performance lectures through the YoungArts Foundation and Lincoln Center’s “Jazz for Young People” program. He has appeared in the Monterey, Newport, North Sea, Bern, and Edinburgh jazz festivals, among others, and at many famous music venues, including Rose Hall and the Kennedy Center.

Cohen has also played in legendary international nightspots, such as Birdland, the Blue Note, Dizzy’s Club Coca-Cola, Jazzhaus Montmartre, and Ronnie Scott’s. He is Hammond B-3 organist-in-residence at Harlem’s Smoke jazz club. A Suzuki piano student at age three, Cohen holds jazz piano degrees from the Manhattan School of Music (M.M.) and the University of Miami (B.M.). He was a finalist in both the American Pianists Association’s Cole Porter Fellowship (2015, 2011) and the Thelonious Monk International Piano Competition (2011). 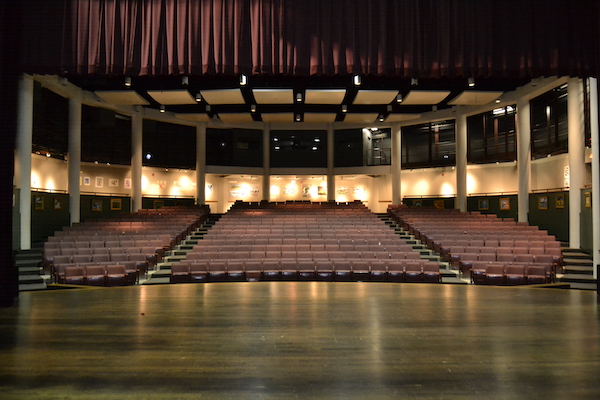