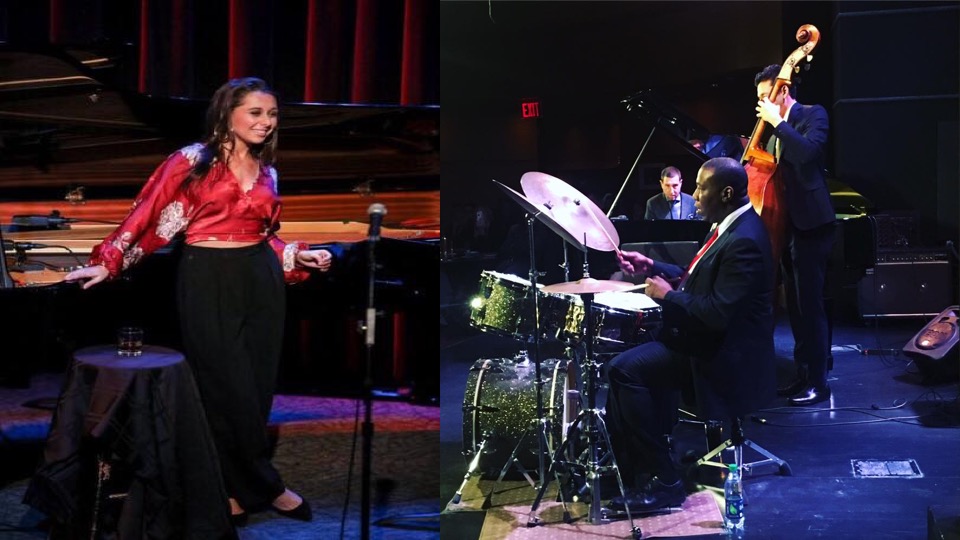 “Brilliant pianist, Benny Green possesses the history of jazz at his fingertips. His mastery of keyboard technique combined with decades of real-world experience playing with the most celebrated artists of the last half-century, and it’s no wonder Green has been hailed as perhaps the most exciting hard-swinging, hard-bop pianist to ever emerge from Art Blakey’s Jazz Messengers.” —All About Jazz

“Green is the unconditional bearer of the torch and guardian of a legacy handed down to him, personally, by his musical mentors: Art Blakey, Freddie Hubbard and Ray Brown. His efforts to expand upon the language of the classical jazz canon have placed him not only among the best interpreters but also among the vanguard of musicians keeping jazz’s evolution going.” —New York Times

“The music of Benny Green is one of warmth and taste exemplified by his choice of 23-year-old vocalist, Veronica Swift. Veronica is the child of jazz vocalist Stephanie Nakasian and the late bebop pianist Hod O’Brien. Swift has already appeared at Lincoln Center, Telluride Jazz Festival, Blues Alley, The Jazz Cruise, and Birdland. And has performed with Jon Hendricks, Annie Ross, Esperanza Spalding, Joe Lovano, Paquito d’Rivera, and many other established jazz artists.” —JazzIs

Upon hearing her sing the JazzTimes declared… “Veronica is a master class on space and dynamics and an adept lyrical interpreter with tremendous tonal command. It’s not often you hear one so young interpret the sounds of a seasoned jazz performer and make everything she touches her own that’s Veronica Swift!” -JazzTimes 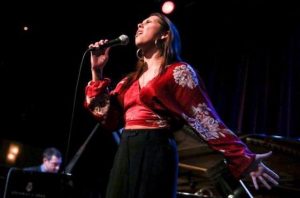 At age 23, Veronica Swift is recognized around the country as one of the top young jazz singers on the scene. She has recently hit her stride collaborating with pianist Benny Green, with whom she is working on her forthcoming album.

In the Fall of 2015, Swift won second place at the prestigious Thelonious Monk Jazz Competition. In 2016 she headlined at the Telluride Jazz Festival and was a guest artist with Michael Feinstein at Jazz at Lincoln Center, with the Tedd Firth Big Band, Marilyn Maye, and Freda Payne. Since moving to NYC, she has regularly appeared at Birdland Jazz Club. Swift has appeared on stage with Jon Hendricks, Annie Ross, Esperanza Spalding, Joe Lovano, Bob Dorough, Kim Nazarian, Danilo Pérez, among others. 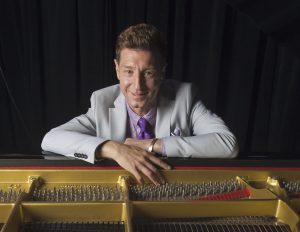 Benny Green possesses the history of jazz at his fingertips. Combining mastery of keyboard technique with decades of real-world experience playing with Art Blakey—one of the most distinguished artists of the last half-century—it’s no wonder Green has been hailed as perhaps the most revered hard-swinging, hard-bop pianist to ever emerge from Blakey’s Jazz Messengers. His most recent recordings, Live in Santa Cruz (2015) and Magic Beans (2012), are shining examples of his brilliance.

The Benny Green Trio will consist of Benny Green on piano and two of today’s most prominent jazz artists on the jazz scene.  Bassist David Wong and drummer Kenny Washington.  Bassist David Wong was born and raised in New York City, and is a graduate of the Juilliard School in classical music in 2004 and has studied with Orin O’Brien (New York Philharmonic), Ron Carter, Ben Wolfe, and John Clayton. 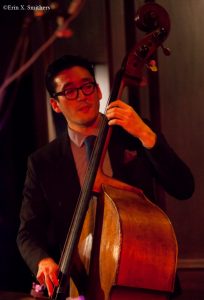 From 2003 to 2004, as part of the Eric Reed Trio, Wong performed in Switzerland, Scotland, the Hollywood Bowl (Los Angeles), the Algonquin Hotel (New York City), and with Jazz at Lincoln Center, as well as at many other venues worldwide. He is currently a member of Roy Haynes’ Fountain of Youth band, which has toured throughout the United States, Europe, and Japan, as well as bassist with the Heath Brothers quartet, led by jazz legends Jimmy and Albert “Tootie” Heath. In addition to performing with Benny Green, Wong can also be seen performing with the exciting new singer Sachal Vasandani and the amazing pianist Jeb Patton.  Wong has recorded with Benny Green, Dan Nimmer, Jeb Patton, and Albert “Tootie” Heath. He has performed with Clark Terry, Illinois Jacquet, Wynton Marsalis, Christian McBride, Walter Blanding, Marcus Printup, Leroy Jenkins, David Hazeltine, Jim Rotondi, Carla Cook, Paula West, and Mark Gould (Metropolitan Opera), to name just a few. 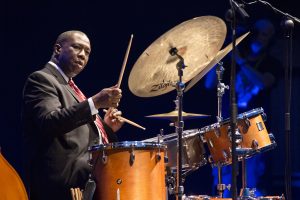 Kenny Washington is one of the many young hard-bop revivalists to have arrived on the scene in the late ’70s and early 80s, Washington has been in particular demand by much older musicians, playing with such legendary veterans as Lee Konitz, Betty Carter, Johnny Griffin, Dizzy Gillespie, Clark Terry, and Tommy Flanagan. Born in Brooklyn, Washington studied with the former Dizzy Gillespie drummer Rudy Collins and attended New York’s LaGuardia High School for Music & Art.  Washington worked with Konitz while still in his teens, recording with the saxophonist’s nonet in 1977. He worked with Carter from 1978-1979 and Griffin from 1980. A prolific freelancer, Washington has compiled an enormous discography, performing on dozens of sessions by many of jazz’s most prominent figures, including pianist Benny Green. Washington has a strong interest in jazz history; he’s written liner notes for and/or helped prepare classic jazz re-releases by Art Blakey and Count Basie, among others.

The evening of Friday, August 24th at the Northwest Jazz Festival brings three of the legendary jazz figures in recent jazz history with one of the fastest rising stars in jazz today.  A memorable concert performance not to be missed!