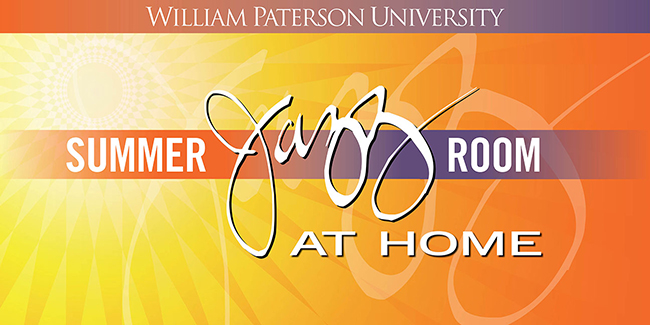 The WP Summer Jazz Room Series is going virtual! This July 21-24, William Paterson University is proud to present a special week of online evening jazz concerts, recorded live in the Shea Center for the Performing Arts, that we are calling the Summer Jazz Room at Home. Enjoy four nights of world-class jazz from the comfort of your home, watching and listening on your computer, tablet, smart TV, or phone. The concert listings are below. The concerts are all FREE, but we ask that you register, using the button on each event, to receive the URL when each concert goes live.

Sittin’ In  Meet-the-Artist sessions will be prerecorded on July 20 and 21. Audience members can submit questions in advance to newmant@wpunj.edu.  These meet-the-artists sessions are intimate and unique conversations with each performer.

To receive up-to-date information about the Summer Jazz Room at Home concerts and other performing arts programs, please join our mailing list here.


If you are interested in providing support to the WP jazz program, there are several ways you can do so to include:

• Scholarships for WP jazz students;
• Production of the Jazz Room Series;
• WP 88 Keys Campaign, which will provide funding for the purchase of a new Steinway piano for the University’s Shea Center for Performing Arts.


You can show your support by going to wpunj.edu/giving, click on the giving form and write in a choice of designation.